Behind the Words with Valerie Fraser Luesse 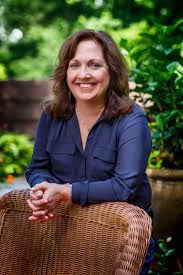 Today, Behind The Words welcomes Valerie Fraser Luesse author of The Key to Everything

Welcome, Valerie, tell us a bit about yourself. Where you’re from, where you live? Do you have one of those day-jobs?

Thanks so much for having me! I grew up in a little farming town called Harpersville, Alabama, which is about 30 miles or so from Birmingham, where my husband and I live now. My mother’s family farmed cotton, and Daddy is a retired mill worker who comes to book signings with me to tell complete strangers how brilliant I am. (Shaking head.) Daddy has no shame when it comes to promoting my books.

I have an incredible day job as senior travel editor for Southern Living magazine, which has given me the opportunity to travel all over the South, where my books are set.

Short answer: Forever. From a professional standpoint, I had an editorial assistantship when I was a grad student at Baylor in the 1980s, and I’ve been writing/editing professionally ever since—first as a corporate communicator and then as a magazine writer. I’ve been associated with Southern Living in one capacity or another for nearly 30 years.

I still work almost-full-time (four days a week), so Monday-Thursday I usually get up around 4:30 or 5 a.m. and head to my Story Shack—that’s the little writing studio my husband had built for me in our yard—and I work on my fiction projects till it’s time to get ready for work at Southern Living. Friday-Saturday I’m trying to do as much fiction writing as I can. Sunday mornings, I blog and work on fiction before driving out to my little home church to play the piano for the morning service and then have lunch with my folks. Monday we start all over. 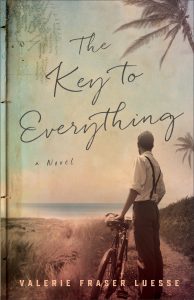 The Key to Everything is a coming of age story centered around fifteen-year-old Peyton Cabot. His father—the heroic but reluctant head of a moneyed Savannah, Georgia, family—has come home from WWII a troubled vet, drowning his demons in bourbon and distancing himself from his son. A tragic accident shows Peyton just how deeply devoted his parents are to each other, but it also interrupts his own budding romance with the girl of his dreams. Struggling with it all, Peyton decides to retrace a journey his father took at fifteen, riding his bicycle all the way to Key West, Florida. It’s part declaration of independence, part search for self, but Peyton’s daring bike ride will shape the rest of his life.

This is the first time I’ve reached beyond my family’s own oral history for inspiration. My friend Holly told me her dad’s amazing life story—which included a bike ride from Waycross, Georgia, to Key West when he was just fifteen—and my imagination started working overtime. Holly didn’t know that much about the actual ride but wondered if I might like to fictionalize it. She shared all kinds of family pictures and personal letters that made Peyton and Lisa Wallace—his soul mate—come alive for me.

One of my primary Southern Living writing mentors, Dianne Young, finagled a trip to Key West for me before I was even on the magazine staff. I traveled all the way down there alone—the biggest trip I had ever taken on my own. And I just remember feeling transformed by it—by the experience and the island itself. That’s when I realized just how much a place could affect a writer—or anyone.

Probably John Pickett in Missing Isaac, but he’s also one of my favorite characters. He started out as a very cardboard, backwoods character functioning primarily as an obstacle between his beautiful daughter and the protagonist, Pete McClean. But by virtue of some plot issues that weren’t working at first, he evolved into a loving father struggling to make a better life for his daughter without turning his back on his extended family, who are poor sharecroppers. John became an artist, a conduit for exploring the divisions of money and class in a small Southern town, and a romantic hero. At least I hope so.

I think I’d like to be Daisy Dupree in Almost Home because I modeled her after my dear sister-friend Missey, whom I lost to leukemia. Daisy’s life doesn’t have anything to do with Missey’s, but I infused her with all the qualities I loved in my friend—honesty, quirky wit, sensitivity, loyalty, artistry, courage  . . . I think I’d like to walk around in her shoes for a bit.

Bayou Dreams! I cannot wait to take readers to Southwest Louisiana, which is home to the state’s Cajun culture. It’s beautiful and mysterious, and the people there are warm and openhearted, with their own brand of humor and storytelling and music making. I’ll be sending a young Alabama schoolteacher named Ellie Fields to teach in tiny Bernadette, Louisiana, where Cajun families find their centuries-old French culture under attack by the parish school board, spurred on by a local preacher named Brother Lester.

I’m pretty steeped in Southern writing. My all-time favorite is Eudora Welty because I love the way she explores universal themes through ordinary Southern people.

Susie Finkbeiner because I love her writing and got to meet her during a conference in Michigan last year. I think we each find the other’s “homeland” exotic and interesting so it would be fun to swap notes on Michigan and Alabama.

I would ask Eudora Welty the secret to spot-on Southern dialog.

I’ve been playing the same piano in the same little Baptist church off and on since I was 9 years old. I started with the occasional offertory, then moved up to congregational singing. Played for years. Grew up and left. Came back. Left again when I moved to Birmingham. Came back and stayed. Every time I sit down at the keyboard, I connect with all kinds of memories that reach far back into my childhood.

Question: When you were a kid, what did you want to be when you grew up?

Answer: A figure skater like Peggy Fleming. There were issues: We lived in rural Alabama, 40 miles from the nearest ice rink; also, I’m not the least bit athletic. And so, a writer was born.

Thank you for joining us today, Valerie.

Valerie’s THE KEY TO EVERYTHING releases today! Here’s a peek…………

“This is the kind of book you can’t wait to get home and read every night—to meet up with characters you genuinely like in a feels-so-real place you want to be.” —Sara Peterson, editor-in-chief of HGTV Magazine, on Almost Home Ada, Mich.—

Based on a true story, Valerie Fraser Luesse’s new novel takes readers on an incredible journey of self-discovery.

The poignant prose, enchanting characters, and captivating settings in The Key to Everything make this a moving story that readers won’t soon forget.

Peyton Cabot’s fifteenth year will be a painful and transformative one. His father, the reluctant head of a moneyed Savannah family, has come home from WWII a troubled vet, drowning his demons in bourbon and distancing himself from his son. When a tragic accident separates Peyton from his parents and the girl of his dreams seems out of reach, he struggles to cope with a young life upended.

Pushed to his limit, Peyton makes a daring decision: he will retrace a slice of the journey his father took at fifteen by riding his bicycle all the way from St. Augustine to Key West, Florida. Part loving tribute, part search for self, Peyton’s journey will unlock more than he ever could have imagined, including the key to his distant father, a calling that will shape the rest of his life, and the realization that he’s willing to risk absolutely everything for the girl he loves.

ABOUT VALERIE:
Valerie Fraser Luesse is the bestselling author of Missing Isaac and Almost Home, as well as an award-winning magazine writer best known for her feature stories and essays in Southern Living, where she is currently senior travel editor. Specializing in stories about unique pockets of Southern culture, Luesse received the 2009 Writer of the Year award from the Southeast Tourism Society for her editorial section on Hurricane Katrina recovery in Mississippi and Louisiana. A graduate of Auburn University and Baylor University, she lives in Birmingham, Alabama, with her husband, Dave

Jocie McKadehttps://www.jociemckade.com/
Her fiction writing has received the Author / Ambassador at Library Journal Self-e Authors, Winner Queen of the West Reader Favorite Award, Amazon Bestseller - Historical, Double finalist in the Next Generation Indie Book Awards in the Mystery and Humorous Categories. Writing humorous cozy mysteries and romantic comedy, Jocie can find humor in most everything, even when she shouldn't. She lives in the Midwest on Dust Bunny Farm with her family.
Previous articleStories That Bind Us from Author Susie Finkbeiner
Next articleBook Lights Radio with Lisa Kessler and Author Louisa Bacio