AUTHORS AND THEIR HOBBIES: Dwayne Clayden 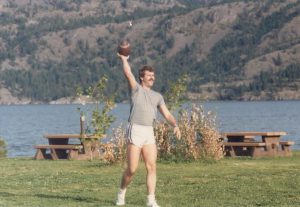 AUTHORS AND THEIR HOBBIES – DWAYNE CLAYDEN

In high school my dream job was to be a high school physical education teacher and football coach. Instead I became a police officer and a paramedic. My grandfather and I watched football together or listened to it on the radio from as early as I can remember. In grade nine, a local community needed more players, so every afternoon I took the bus to football practice. I was terrible. For some reason in high school I decided I should be a quarterback. In grade 10, I fumbled the only time I was in the game. But something happened between grade 10 and 11. After that I did quite well at football. The most 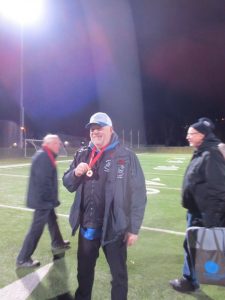 important aspects to football were teamwork, and the dedication of the coaches. I wanted to pay that back.

In 2005 my community, Airdrie, needed volunteer football coaches. It was possible my coaching goal was somewhat selfish, as my son, Matt played on the team and by coaching we could spend time together. That first season I learned that coaching football was far different from playing, and that early teen boys had the attention span of a gnat. While I missed being on the field, the thrill of coaching that first game was overwhelming—I loved it. The technical aspects of the game had changed since I had played, so I attended coach’s camps are learned the fundamentals of coaching. I contacted the head coach of the University of Calgary, Blake Nill, explained who I was and that I wanted to learn. He was awesome! I was invited to the practice the next night, introduced to the other coaches and given free rein. I was in awe of how the practices were organized, the great drills and the positive, winning atmosphere. I was hooked.

In 2006 we formed a new team in Airdrie that played in a spring league. I was defensive back coach the first year, then head coach the next four years. In the first two and half years, we were 0-22. Those were very hard years and keeping myself motivated and positive was hard enough, let alone keeping the players interested and coming back. But then mid third season we won our first game (10-9). You would have thought we’d won the Super Bowl! The players who had hung in there for two and a half disheartening years, who had learned from the school of hard knocks, finally saw their dedication and hard work pay off. Then we won our second, third, and fourth games. We were in the playoffs! We won handily in the first round and made it to the championship game but lost. But we had the winning feeling. That fall season the high school I coached had an 11-0 record but lost in the playoffs. I felt I was doomed to never win a championship!

My son graduated and I moved. I was approached by the head coach, Daun Daum, (a legend in Calgary Football) of the new 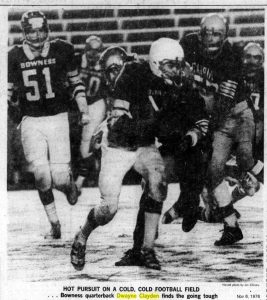 northwest high school Robert Thirsk, to coach. In 2013 they won the city junior championship. We had a good season in 2014 but lost in the first round of the playoffs. Fortunately, a lot of the players from the previous two seasons were still there for the grade 12 season in 2015. We had an awesome season, fought some very tough games, but finished the season with 13-0 record and the city championship.

I absolutely love coaching. In some respects, it’s like a chess game. Coaches matched against coaches. What will their next move be, how do I counter that. What are my moves (plays) now that will pay off later? Having played quarterback on offense, then playing and coaching defense was an asset. I understood both sides of the game. I loved the battle of the minds. Having faith in your players, making a bold move, and having it pay off is exhilarating!

Coaching takes a lot of time and I found that with full time writing, it was hard to do both. Right now, I am retired from football, but I could be coaxed to return. 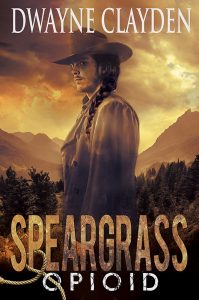 Rodeo champion Franklyn Eaglechild finds his life upended when his bull-riding injuries force him into a new line of work as the Tribal Sheriff in Speargrass, Montana. His damaged health leaves him with a pill-popping problem and a dim future of lost dreams. While coping with his personal defeats, Franklyn quickly discovers not everyone is thrilled to have a new Sheriff in town looking into their business—especially not the drug dealers.

Franklyn makes enemies in high places when he refuses to play by the Tribal Chief’s rules. Friends are scarce. Lucky for Franklyn, he has at least one friend he can rely on—his adopted brother and DEA Special Agent Riley Briggs in Great Falls.

As an opioid crisis spirals out of control in and around Great Falls and Speargrass, Franklyn and Riley realize they need to join forces if there is any hope of putting an end to the destruction. 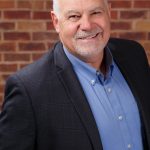 Dwayne Clayden combines his knowledge and experience as a police officer and paramedic to write realistic crime thrillers.

OutlawMC and Wolfman is Back are the second and third novels in the Brad Coulter Thriller Series.

The Brad Coulter Series will continue in 2020 with 13 Days of Terror.

In August 2020 Dwayne will release the first novel in a new crime thriller series, Speargrass-Opioid.

Dwayne is a popular speaker at conferences and to writing groups presenting on realistic police, medical, and paramedic procedures.