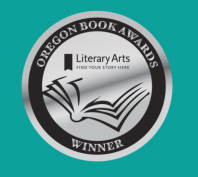 Kesha Ajọsẹ Fisher of Portland, “No God Like the Mother”: Fisher’s perspective as a Nigerian American woman informs this collection of nine stories whose characters often struggle to keep a firm grasp on identity and relationships.

Ashley Toliver of Portland, “Spectra”: This three-part collection runs a finger along the dual-edged swords – creation on one side, destruction on the other – wielded by both our relationships and our bodies.

David Wolman and Julian Smith of Portland, “Aloha Rodeo: Three Hawaiian Cowboys, the World’s Greatest Rodeo, and a Hidden History of the American West”: Those who attended the 1908 Frontier Days extravaganza in Cheyenne, Wyoming, saw a rodeo unlike any other, as three paniolos from the Hawaiian islands challenged the very notion of a cowboy. Wolman and Smith explain with gusto how this singular moment came to be.

Beth Alvarado of Bend, “Anxious Attachments”: This essay collection is practically a master class in the genre, as Alvarado tackles themes such as addiction, grief and environmental racism with steady prose and compassion.

Cathy Camper of Portland, “Lowriders Blast from the Past”: In this appealing graphic novel presented in English and Spanish, three young friends bond over their love of cars and over the bullies who target them.

Deborah Hopkinson of West Linn, “How I Became A Spy: A Mystery of WWII”: Bertie is just a kid, so he can only contribute to the war effort in London as a bike messenger – until he stumbles across a notebook that appears to contain coded messages that could help the Allies.

Greg Means and M.K. Reed of Portland, “Penny Nichols”: This tongue-in-cheek tale about a very amateur effort to make a slasher flick is a hilarious ode to creativity, the can-do spirit and friendship.

The Stewart H. Holbrook Literary Legacy Award: Write Around Portland, of Portland, which uses writing as a tool for working toward equity.

C.E.S. Wood Award: Lawson Inada of Ashland, Oregon’s fifth poet laureate from 2006 to 2010, who read a poem on the broadcast.

Follow this link to hear the finalists read from their works.

Jocie McKadehttps://www.jociemckade.com/
Her fiction writing has received the Author / Ambassador at Library Journal Self-e Authors, Winner Queen of the West Reader Favorite Award, Amazon Bestseller - Historical, Double finalist in the Next Generation Indie Book Awards in the Mystery and Humorous Categories. Writing humorous cozy mysteries and romantic comedy, Jocie can find humor in most everything, even when she shouldn't. She lives in the Midwest on Dust Bunny Farm with her family.
Previous articleAUTHORS AND THEIR HOBBIES: MEGAN SLAYER
Next articleAUTHORS AND THEIR HOBBIES: SHEILA ENGLISH