AUTHORS and their HOBBIES: Christine Feehan 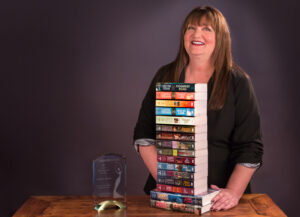 Christine Feehan is best known for her bestselling novels and unique imagination, but if you’ve followed her on her Facebook, Instagram or Goodreads you also know she is all about family.  She’s an independent woman who has worked very hard for her success, but she remains rooted in tradition and loves spending time with her grandchildren. 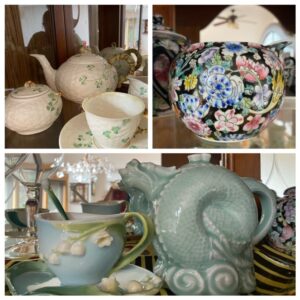 Christine has several hobbies including gardening, collecting steampunk items and collecting tea sets.  She has one room that is full of steampunk statues, animals, weapons and fun antiques. The walls of the room are decorated in photos of her grandchildren dressed up in steampunk outfits or in a sepia tone to give the illusion of an antique photo. 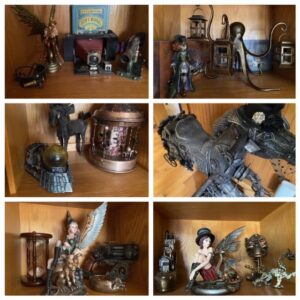 Feehan’s gardens have been seen in her blogs. From her tea garden to a fairy garden, her entire home is surrounded by beautiful plants, flowers and decorations. 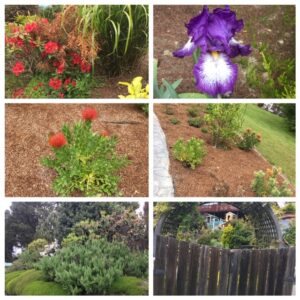 One of Feehan’s favorite collections though is her tea sets. She shared the story of how, when she was quite young, she fell in love with her grandmother’s tea set.

“I’d just stare at it, I was so enamored of it,” Feehan shared.  Eventually, she inherited the set and hopes to one day pass it on to one of her children or grandchildren.  “My mom had a set that I adored and I love it as well.”

She’s been gifted with some tea sets or teapots from friends and family over the years. But, she’s been inspired by some, such as the Phoenix set that she felt compelled to acquire. “It reminded me that beauty can come from ashes.” Feehan shared that she’d grown up poor and struggled early in her life. She never gave in to the challenges that might keep some people down and instead took lessons to become a third-degree black belt and offered self-defense classes to women. 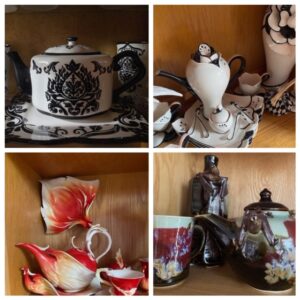 “I saw this artist’s work and he had bats on these vases. I loved them. I asked if he thought he could make a tea set with bats. He said he thought so, but then two or three months went by and I almost forgot about it. He called to tell me he’d been successful in creating the set and I was thrilled to have such a unique tea set and vase,” shares Feehan. 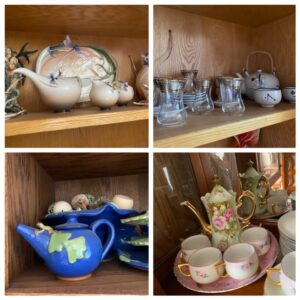 It was fun to see her hobbies and we invite you to share which of these you thought was more intriguing and tell us what hobbies you have!

Torpedo Ink is Aleksei “Absinthe” Solokov’s whole life. They’re his brothers, his family &mdash his everything. But that doesn’t stop him from wanting something that only belongs to him. That’s why the tough biker has spent the last six weeks at the library, reading every book he can get his hands on and watching the prim and proper librarian who makes his blood rush.

For the past six weeks, Scarlet Foley has been fantasizing about the handsome, tattooed man whose eyes follow her every move. She senses he’s dangerous. She wants him to get close enough to touch. She wishes she could let him know the real woman, not the one she pretends to be. But Scarlet has a plan to carry out, and she can’t afford any distractions.

Absinthe is well aware that Scarlet is hiding something. She’s a puzzle he intends to solve, piece by intoxicating piece…. 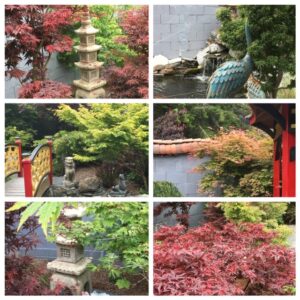