SPIDER-HAM Has his own Series! Thank You Marvel!

Spider Pig, Spider Pig, Does whatever a Spider Pig Does…wait, that’s from the Simpsons. This is the REAL spider pig, but Marvel Comics calls him Spider-Ham! Yes, it’s real. 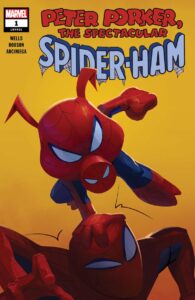 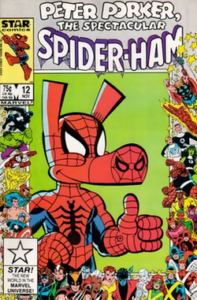 Spider-Ham was also seen in Marvel’s Spider-Man: Into the Spider-Verse and was voice by John Mulaney. So, he’s also a movie star!

You can find more Spider-Ham over at MARVEL and you can read the comics digitally as well!