Carter and Ryder: My Little Brother has Austism! by TM Spivey Book Trailer

Carter and Ryder: My Little Brother Has Autism

This story is about my two grandsons, and one of them has autism. My family’s story is no different from other families that are dealing with autism, but I am telling our story so that others will know that they are not alone.

My daughter never talked to me about Ryder until I kept noticing things about him that were different. I was scared to ask her if she thought something was wrong. Ryder is the best kid ever, but something was wrong. I initially thought he was deaf because of the way he spoke. It was never really clear, and since I was around several deaf people, I assumed that he might be deaf and he needed to be tested.

The School of The Deaf and Hard of Hearing asked that we have him reevaluated. Then we came to learn he was not deaf but had autism. I insisted that he was not until my daughter said, “Mom, I think he is because I’ve been noticing things about him that are different.” She also said she has friends who have children that were autistic and they have the same issues. That’s were our story starts-by telling others not to give up but support each other and find the tools to help their autistic child have a normal life. 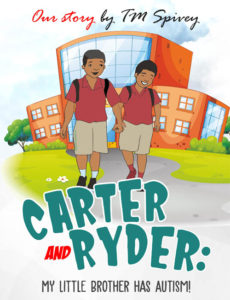