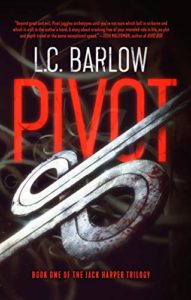 This one is dark, disturbing and horrific. Not for everyone. But, the high marks are for originality. You’re rooting for very dark and sinister people and at some point you start to wonder about yourself. LOL
There are triggers in this. Children killing, being taught to kill, that sort of thing. It’s the making of a psychopath that you kind of like. Sort of like the show Dexter.

There’s not a lot of relief in this book either. It’s hard hitting darkness. But, if that’s your cup of tea, this is the book for you.

From the age of seven, Jack Harper is raised by the leader of a mystical cult, Cyrus Harper. Through Cyrus, Jack receives a full education in all usual subjects—economics, literature, mathematics, history—as well as one unique skill useful to a person in Cyrus’s position: assassination. With the help of Roland James, a man incapable of dying, Cyrus hones Jack into the perfect weapon to use against all who oppose him.

It is not long, however, before Jack discovers that Cyrus and Roland are not the only ones living in Cyrus’s mansion. There, too, exists a mysterious creature in the depths of the house with supposed immortal magic. According to Roland, this creature is responsible for all the miraculous things Jack has witnessed throughout her childhood, including Roland’s resurrection. The creature, potent and powerful, only weakens in the presence of Cyrus’s red velvet box—a dark, enchanted tool that grants Cyrus his invincibility and ensures his reign.

Lonely and terrified by her life in the cult, under Cyrus’s neverending watch, Jack desperately pursues the mysterious being. When they finally meet, her world is turned upside down, as he offers her more than she could have ever expected—the possibility of escape and her own secret, magical power. 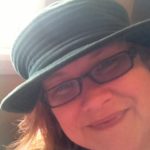 Sheila Englishhttp://sheilaenglish.com
Award-winning author of short stories and comic books. Telly award-winning producer and director of many book trailers.
Previous articleBehind the Words With Liz Johnson
Next articleIndependent of the Week: Powell’s Bookstore

Love’s Call by Fern Brady Two people from rival nations find themselves fighting against the growing attraction between them, but only one of them realizes...