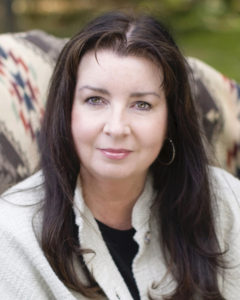 It was the Saturday before Easter (many years ago—back when I still thought book-signings could be fun) and I was scheduled to sign my new teen book at a “nationwide book event” for a major chain store that I will refer to as TallMart (to avoid being sued). And I wasn’t just signing at one TallMart, but two different super-stores. One in the morning and one in the afternoon. The event was called “Read to Your Bunny” which should’ve been my first clue. Who’d want to read my Diary of a Teenage Girl book to a bunny?

Just the same, I went with high hopes, great expectations, and a carefully planned book-signing outfit. But when I arrived no one seemed to know who I was or why I was there. But the store was super busy. Eventually I was led to my ‘signing station,’ a bare card table tucked way in the back of the store. Right in front of the restrooms. No kidding! An unopened box of my teen
books was under the table and, trying not to be dismayed, I opened it and stacked some books . . . and waited. And waited. The only people coming my way went right past me and straight for the restrooms. I attempted a couple conversations, but they clearly had one thing on their minds. And the longer I sat there, the more unpleasant the aroma became. But I stuck it out to the end of my agreed time before I repacked all my unsold books and, suppressing frustration, headed for the next TallMart. It was better located, and I convinced myself the next signing would have to go better.

When I arrived at TallMart number two, I was actually met by a young woman who seemed happy to see me. I jokingly said, “I hope you’re not putting me by the restrooms.” She assured me that wouldn’t happen and that they were all set for my signing. Sure enough, she took me to a nicely decorated table with balloons and bunnies and even a bottle of water. But the table was set
up (no kidding) in the men’s underwear section. Right between boxers and briefs! The woman sort of apologized, pointing out it was the day before Easter—and the rest of the store was busy! Stunned, I sat down and contemplated my situation. Sure, their store was bustling with customers buying candy and toys and Easter stuff, but the men’s underwear section was like a morgue.

And, seriously, what self-respecting teenage girl would venture back here? And the few unsuspecting male customers who did took one confused look at me, perched amidst my teen girl books, plush bunnies, and pastel balloons . . . well, they just turned and slunk away. I felt a little guilty about keeping an old man from grabbing a three-pack of Hanes, but hey what could I do?

Eventually the woman who’d welcomed me to TallMart returned to see how I was faring. I mentioned the lack of foot traffic back there—particularly teenage girls who don’t normally hang in the men’s underwear department—and even asked if I could move my table elsewhere. Say, the makeup section, shoes, or even electronics? “No way,” she said, “It’s already too busy out
there.” She smiled brightly as she handed me another water bottle. Well, I didn’t feel the least bit guilty when I packed up my box of unsold books and left that super-store a full forty minutes before my book signing shift was officially over. Not that anyone noticed. The upside of this unfortunate event is that I can honestly say, I’ve never had a worse signing. And there have been some doozies.

But next time anyone invites me to a “Read to Your Bunny” book-signing event, I will politely decline . . . and let them read to their own bunnies! 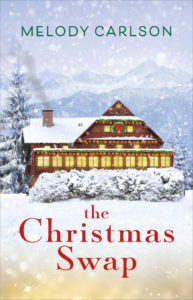 In her latest novel, The Christmas Swap, Carlson helps fans escape to the Colorado mountains for a delightful story that combines a surprise romance with house swapping.

Convinced by his mother to head to Arizona for Christmas, singer songwriter Tyler “West” Prescott decides to put up his lovely home in the Colorado mountains for a Christmas vacation trade. But plans soon go awry when he’s backed into a game of pretend as the caretaker of his own house.

As a teacher and struggling musician, Emma Daley would do anything to experience the magic of a white Christmas—something that’s hard to find in her home state of Arizona. When the opportunity for a vacation trade in the Rockies presents itself, she leaps at the chance for a much-needed getaway.

Despite his desire to reveal his true identity, West finds that his situation becomes even more confusing and complicated. When Emma’s friend Gillian threatens to compromise his identity and sets her sights on him, things get . . . messy. Will West’s charade shatter the fragile romance that’s starting to take root with Emma, or will true love win out in the end?

ABOUT THE AUTHOR:
Melody Carlson is the award-winning author of over two hundred books with sales of more than seven million, including many bestselling Christmas novellas, young adult titles, and contemporary romances. She received a Romantic Times Career Achievement Award in the inspirational market for her many books, including Finding Alice. She and her husband live in central Oregon. Learn more at www.melodycarlson.com.

Jocie McKadehttps://www.jociemckade.com/
Her fiction writing has received the Author / Ambassador at Library Journal Self-e Authors, Winner Queen of the West Reader Favorite Award, Amazon Bestseller - Historical, Double finalist in the Next Generation Indie Book Awards in the Mystery and Humorous Categories. Writing humorous cozy mysteries and romantic comedy, Jocie can find humor in most everything, even when she shouldn't. She lives in the Midwest on Dust Bunny Farm with her family.
Previous article‘MARTIAN’ AUTHOR ANDY WEIR RELEASING NEW BOOK
Next articleThrowback Thursday Book Trailer: Every Dark Corner