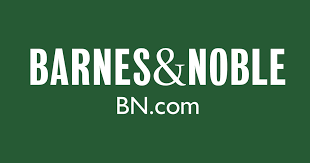 Barnes & Noble’s Most Anticipated Books of October include debut authors, literary giants, lyrical poets, and celebrated chefs. After a flood of literary treasures in September, this month brings another tidal wave of exceptional publishing.

See Barnes & Noble’s most anticipated books of October below and on BN.com.

Leave the World Behind
Rumaan Alam
Atmospheric and provocative, Rumaan Alam’s third novel starts off as a charming familial portrait that soon devolves into cinematic catastrophe. As two families are thrown into a nightmare, questions around the complexities of parenthood, and the nature of race and class are brought to the surface in a tense stand-off that will have you questioning just what you might do when faced with the collapse of civilization as we know it.

The Cold Millions
Jess Walter
Tramps, suffragists, socialists and madams—what else do you need? The acclaimed author of Beautiful Ruins once again delivers a “literary miracle” (NPR)—a propulsive novel that centers around two brothers searching for a better word in early 20th-century America.

Memorial
Bryan Washington
A story about the nature and limits of love; one that transcends societal expectations and serves up a witty and profound look at joy in all forms. Washington brilliantly finds beauty in the everyday; love for food, home and each other and ultimately, what really makes a family. You will fall in love with every character again and again.

Humans
Brandon Stanton
Humans of New York goes global! If you were among the millions of fans that loved and followed Humans of New York, then you saw the poignancy of Brandon Stanton’s photos as he captured ordinary people going about their lives in New York City. Now with Humans, we find him moving about the globe, in a five-year quest, inviting all walks of life to tell their story, whatever it may be at that moment, painting a beautiful portrait of our shared experiences.

Dandelion (B&N Exclusive Book)
Gabbie Hanna
In her second vibrant book of poetry and illustration following her exhilarating debut, Adultolescence, Gabbie Hanna manages to balance the ruminations and joys that go running through our minds. Short, sharp and concise, these thoughts are what keep us up at night and sometimes—just sometimes—get us out of bed

The Searcher
Tana French
It’s been over 10 years since Tana French’s atmospheric debut In the Woods, the start of the Dublin Murder Squad series, cemented her as “one of the greatest crime novelists writing today”(Vox). Her newest novel, The Searcher, is a standalone that does not disappoint. A retired Chicago police officer that has moved to Ireland in search of solitude gets quickly drawn into a missing person case that unveils the darkness beneath a seemingly idyllic town.

The Rise: Black Cooks and the Soul of American Food
Marcus Samuelsson, Osayi Endolyn, and Yewande Komolafe
Marcus Samuelsson’s latest cookbook can best be described as an indelible feast of food, culture and history—a unique celebration of contemporary Black cooking that seeks to recognize Black excellence throughout the culinary world. With 150 recipes that honor chefs, writers and activists alongside the stories that have inspired them along the way, The Rise is so much more than just a cookbook—it’s a celebration of a movement.

This Book Will Make You Kinder: An Empathy Handbook
Henry James Garrett
If you’re one of the many that follow Henry James Garrett on social media, you already know the joy his simple illustrations bring and the messages of kindness and understanding they convey. Let’s face it, it has been a year and we could all use a little more kindness—luckily, Garrett just created a guide for that!

Customers can find their local bookstore on our Barnes & Noble Store Locator, as well as books for order or curbside pickup at BN.com. They can also join the conversation on Twitter, Instagram, and Facebook.