The twenty-five Finalists for the 2020 National Book Awards for Fiction, Nonfiction, Poetry, Translated Literature, and Young People’s Literature (YPL) were announced with the Washington Post online. The five Finalists in each category were selected by a distinguished panel of literary experts, and were advanced from the Longlists announced in September. Between the five categories, there are two writers who have been previously honored by the National Book Awards: Lydia Millet who was Longlisted in 2016 and Charles Yu, a 2007 5 Under 35 honoree. Eight of the twenty-five Finalists are debuts.

Publishers submitted a total of 1,692 books for this year’s National Book Awards: 388 in Fiction, 609 in Nonfiction, 254 in Poetry, 130 in Translated Literature, and 311 in Young People’s Literature. Judges’ decisions are made independently of the National Book Foundation staff and Board of Directors; deliberations are strictly confidential.

The Winners will be announced on Wednesday, November 18 at the 71st National Book Awards Ceremony, which will be held exclusively online. Two lifetime achievement awards will also be presented as part of the evening’s ceremony: Walter Mosley will be recognized with the National Book Foundation’s Medal for Distinguished Contribution to American Letters, presented by Edwidge Danticat, and Carolyn Reidy will posthumously receive the Foundation’s Literarian Award for Outstanding Service to the American Literary Community.

Mei-mei Berssenbrugge’s thirteenth collection of poems, A Treatise on Stars, implores that we connect with the larger natural and cosmic world. Two Finalists for Poetry are debut collections, Fantasia for the Man in Blue by Tommye Blount and Borderland Apocrypha by Anthony Cody. The title poem in Fantasia for the Man in Blue is a series of poems ranging throughout the book, a quartet that speaks to the experience and threat of police violence upon Black people. The complex and layered collection is drawn from reality, and exemplifies how desire lives in proximity to the danger of being a marginalized body. A work of documentary poetics, Borderland Apocrypha details the history of trauma and survival at the U.S.-Mexico border. Cody utilizes imagery, historic documents, multi-lingual erasure poems, and more to force a reckoning with history’s silence. Deeply rooted in the personal and political, DMZ Colony by Don Mee Choi is structured in eight sections and includes transcriptions of conversations with activist Ahn Hak-sop, her father’s work as a photojournalist, hand-written texts, and more. Choi deftly explores the histories of South Korea and the United States via her return from South Korea in 2016 after years of living in the states. Natalie Diaz‘s second collection, Postcolonial Love Poem, engages with love and history in an anthem of desire against erasure while simultaneously celebrating her survival as an Indigenous queer woman.

Translated from the German by Anne Posten, High as the Waters Rise by Anja Kampmann explores the emotional life of an oil rig worker whose bunkmate fell into the sea and drowned, setting off a chain of events that force his reckoning with the exploitation of natural resources. Jonas Hassen Khemiri’s The Family Clause, translated from the Swedish by Alice Menzies, provides insight on one family across a span of only ten days, during which relationships change and memories are brought to the surface. In Tokyo Ueno Station by Yu Miri and translated from the Japanese by Morgan Giles, ghost narrator Kazu visits the park in which he last lived as a homeless man. As the book unfolds, the reader learns more about his earlier years and the ways in which Japan’s modernization pushed many to the margins of society, where they were subsequently ignored. The Bitch by Pilar Quintana is a portrait of a woman wrestling with abandonment, love, and her need to nurture. Translated from the Spanish by Lisa Dillman, the narrative follows the main character’s adoption of a dog that disappears into the jungle; when the dog returns, she nurses it to health but when it flees once more, there are brutal consequences. Written by Adania Shibli and translated from the Arabic by Elisabeth Jaquette, Minor Detail is split between two interrelated narratives, the latter half following a young woman’s search to discover more about the tragic murder of a Palestinian teenager in 1949, who died the day she was born.

The 71st National Book Awards Ceremony will be streamed on YouTube and also available at the Foundation’s website, www.nationalbook.org. Winners of the National Book Awards receive $10,000 and a bronze medal and statue; Winners and Finalists in the Translated Literature category will split the prize evenly between author and translator; Finalists receive $1,000 and a bronze medal.

Jocie McKadehttps://www.jociemckade.com/
Her fiction writing has received the Author / Ambassador at Library Journal Self-e Authors, Winner Queen of the West Reader Favorite Award, Amazon Bestseller - Historical, Double finalist in the Next Generation Indie Book Awards in the Mystery and Humorous Categories. Writing humorous cozy mysteries and romantic comedy, Jocie can find humor in most everything, even when she shouldn't. She lives in the Midwest on Dust Bunny Farm with her family.
Previous articleThe U.S. Selfies Awards for Self-Published Works Opening for Submissions
Next articleUncanny Timing for a Dark Season 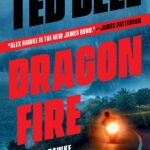