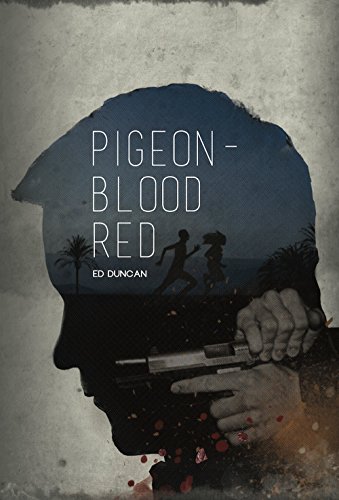 Richard “Rico” Sanders is a hit man, with a conscience. He kills when he is sure the victim did something wrong, much like John Rain, and he has never made a mistake. He and his partner in crime, Jerry, have been working together for years.

Working with loan shark, Frank Litvak, they find and bring Robert McDuffie to Livak so he can pay him the $50,000 that he owes him.

Well…..Robert does not have it, so being the nice guy that he is, Litvak gives him an extra two weeks.

Before Rico and Jerry leave the office, Litvak gives Rico a necklace of 16 color matched, extremely valuable pigeon-blood red rubies, telling him “You know what to do” with these.

What Rico does is give them to Jerry while he fools around with his girlfriend, and Jerry, who has never heard of cargo pants with secure pockets, loses the necklace!

Unknown to them….Robert grabbed them and he is now off to Hawaii to be with his wife Evelyn and her friend, Rachel.

Rico figures out who has the necklace and off to Hawaii he goes, where…

To see what happens, you will have to read the book. 😉

“Pigeon-Blood Red” is a short book of only 200 pages, but, it is jam-packed with action and intrigue. Rico is a ruthless killer, but, one with morals: The conflict within him is apparent, and that makes him unpredictable and very scary. Excellent.

This is book #1 (out of three) in the Rico Sanders series.