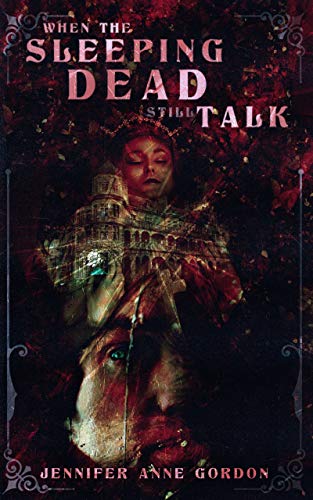 Critically acclaimed Author Jennifer Anne Gordon’s conclusion to The Hotel Series, with the sequel to From Daylight to Madness.

In one startling moment in the late summer of 1873 a tragedy fell like summer sun on the gray jagged shores of Dagger Island. Francis loses everything he thought his life was, and what it could have become. His heart breaks and his feet run, all the way back to his childhood home, he reaches for a past that may not exist.

He is there, in the little house in Dorchester Neck. A place haunted with missing time. He feels the comfort from walls that lean in too close, but then …He feels the trauma that ripped his life in two and in a blink of an eye he is back at the hotel. He can feel the memories fade as the cold fingers of winter wrap around him. He does not know how he got there, or indeed if he ever left.

Francis has lived his whole life veiled in the memories that are more alive than his present. The current days fade away before he can hold on to him. Everything he was or thought he could have been is gone. He realizes he may be a monster, and the person he has fallen in love with may not even exist. Francis holds onto the memories he thinks are real …until he is almost consumed by them.

Francis is isolated in a world of mesmerism, with his tormentor and healer Doctor Hughes.
Francis is a guest in this hotel with his past, his present, and who he believes to be his future. Isabelle. His world is a labyrinth … he feels her hand in his. The fingers intertwine and there is nothing left but her…

She is a memory, a ghost, and a hallucination. 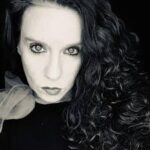 Jennifer Anne Gordon is a gothic horror novelist. Her work includes Beautiful, Frightening and Silent (2020) which is a finalist in the Kindle Book Review Awards, and From Daylight to Madness (The Hotel book 1), and coming out in November 2020, When the Sleeping Dead Still Talk (The Hotel book 2).

Jennifer is one of the hosts as well as the creator of Vox Vomitus, a video podcast on the Global Authors on the Air Network, as well as the Co-Host of the You Tube Channel “Talk Horror To Me”. She had been a contributor to Ladies of Horror Fiction, as well as Horror Tree.

She graduated from the New Hampshire Institute of Art, where she studied Acting. She also studied at the University of New Hampshire with a concentration in Art History and English.

She has made her living as an actress, a magician’s assistant, a “gallerina”, a comic book dealer, a painter, and burlesque performer and for the past 10 years as an award-winning professional ballroom dancer, performer, instructor, and choreographer. More information can be found about Jennifer at: https://www.jenniferannegordon.com/