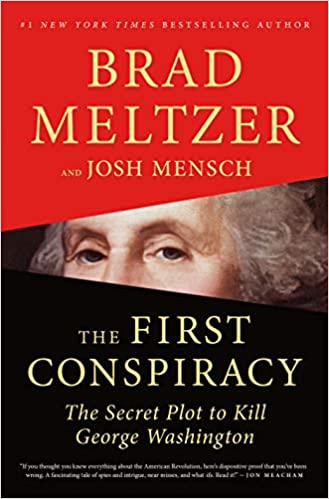 The colonies are starting to get restless and they see the need for an Army to protect their citizens from the oppressive rule of Britain’s King.

Boston is the place, in 1775, where tensions are rising between the patriots and loyalists and the British army and navy. The colonies need a show of force, so the first colonial “army” sets up camp outside of Boston with their newly appointed General……George Washington.

Conditions are horrid: Food, shelter, and supplies are hard to come by and morale is low, but, Washington does his best to keep his ragtag outfit in check and focused on the task at hand.

After a very convincing move against the British army and navy, they retreat from Boston allowing Washington’s army to head to New York City (Manhattan) where loyalists there, and on Long Island, abound.

This is when George encounters something new: Spies, killing, and murder.

Not knowing how to handle the conspiracies, including one to assassinate him, Washington sets up the first counterintelligence agency and…….

Oh, to find out what happens….you know some of it for sure….you will have to read the book. 🙂

“The First Conspiracy: The Secret Plot to Kill George Washington” is a textbook (complete with Notes, Bibliography, and Index) that reads like a Brad Meltzer novel.