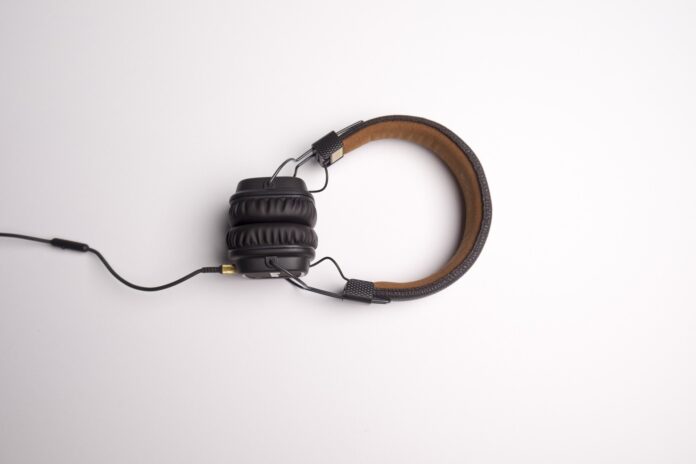 Before I was a writer, I was a reader and I still am. I can devour a book in a day. The only time I don’t read is when I’m writing and on a tight deadline. It isn’t often anymore that I get a couple of hours in a row to sit and read. So, over the years I’ve learned to grab reading time any way I can. One of the best ways I used to do this was by listening to audio books. Yes, I said ‘used to’. I’ve had a couple of incidents, that well, let me just say audio books should come with warning labels.

“Warning: Do not operate small lawn equipment while listening to this audio book.”

“Warning: Keep car windows rolled up when listening to this audio book.”

“Warning: You could look like an insane woman while listening to this audio book.”

“Warning: Thriller writers do this on purpose to scare the bee-jeebees out of you.”

You have been warned.

I have listened to many audio books yet it wasn’t until this summer I discovered some of them have sound effects. Not those nice lovely romantic background music sound effects, no.

I was mowing on the tractor and it takes me about 6-hours to mow here at Dust Bunny Farm. So, instead of just idly driving around in circles I see this as an opportunity to (I am woman!) multi-task. This of course leads me to believe I can listen to a bestseller, a self-help book (heaven knows I need some) or a learn a foreign language (I am currently working on Italian and now know all their food groups and how to ask where the bathroom is).

Living out in the boonies so I can let the grass grow a bit taller then if I lived in town, and the weather had been really rainy, making the grass tall and in places such as over the septic system where there is plenty of fertilizer, quite high. Which as you’ll discover hides a lot of things.

Last week, a friend lent me a Tom Clancy audiobook – SSN. This is an older book, I think from back in the late 1990’s, but I hadn’t read it and it looked or should I say sounded pretty good. For those who aren’t familiar with this book it takes place aboard the U.S. submarine USS Cheyenne (since my Baer books are set in Wyoming this was an incentive to listen), and leads to an epic WWIII type battle/stand-off with China. I think this was based on one of Clancy’s video games. Anyway, I digress.

The reader on the audio book was good, and I could hear him over the mower (sometimes ya can’t). I made a pass down the front field as the story started, smiling with the intro music that reminded me of my mom’s tapes of old radio shows.

Then a second voice sounded, female. This was interesting. Either this audio book had two readers or the man was really good at doing a female voice. Then I heard it, the familiar Hollywood binging that always sounds on a submarine’s sonar in the movies. Since I’ve never been on a sub and have no desire to be on one, I accept that sound as true. Bing! Bing! The sonar sounded. Cool! Sound effects!

I finished a dozen more passes, then the Chinese showed up.They were stealth, they were cunning and they were deadly. The mower slowed, as I listened to the details. Bing! The sonar picked them up, just above or below, I don’t remember, but they were close, everyone on board the USS Cheyenne was holding their breath. Bing! Crap, I nearly jumped off the tractor. Taking a deep breath, I angled over toward the south side of the barn. The grass was higher here, (septic system) which made me slow down even more. Yes, this was on purpose so I could hear all the details of the two subs meeting each other in battle. Bing! Bing!

Suddenly, they were lined up for attack and just as a torpedo was launched, I ran smack over a piece of chain that was lurking in the grass. The torpedo hit, the blades clanked against the chain, pieces of metal sparked in the grass, I screamed and ducked. My nose smacked the steering wheel, I shut off the blades, but forgot the engine as I bailed off the mower, the attack was intensifying. The kill-switch shut the tractor off, my knees slammed into the ground skinning them both, the dogs next door began howling, and my hubby dropped the weed-eater nearly having a heart attack running to see what the heck was attacking me.

“What happened?” He asked, out of breath.

“The Chinese launched a torpedo.” I answered, well, I kind of screamed it in terror.

”What?” His eyes went skyward.

His eyes went wide, as he offered a hand to get up.

“Was that a news report?” He looked at the headphones sitting lopsided on my head.

“No, here,” I held up the headphones. “They just shot a torpedo at the USS Cheyenne.”

“Is that one of your audio books?” He looked at me, then at the poor broken tractor.

“With real sound effects.” I nodded, sniffing some of the blood back up my nose.

“Honey, let’s get you out of the heat, have some water, and maybe put some ice on your nose.” Again, he stared at the tractor.

I growled and pinched my nose to stop the bleeding, cussing Tom Clancy under my breath.

Now, you might think that was an isolated incident, oh, no, not in my life. A few days later I was happily driving to the local grocery listening to another audiobook……..oh, that is so another story. 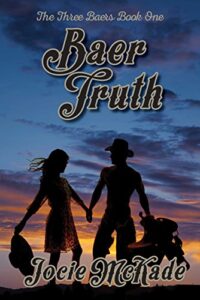 Vegetarian punk rocker, Abby Clark is kicked off the band tour bus in the middle of nowhere. That happens to be Sentinel, Wyoming in the dead of winter. With a talent for cooking and the singing voice of an angel she manages to disturb a very cranky, cold-hearted bear — Baer.

Joe Baer, is a sexy Wyoming beef rancher with women issues. His ranch is slipping through his fingers, he’s been betrayed by family, and he discovers a family secret that leaves him reeling.

Snow, out of control tractors, a wayward, but affectionate Black Angus bull, one hot country superstar, an unforgettable rodeo, and two jaded souls that just might be able to melt each other’s hearts when they find out, The Baer Truth.