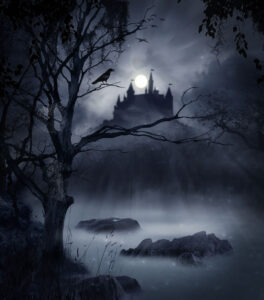 This is a retelling of Dracula that starts out with the somewhat familiar. I knew before I started watching it on Netflix that there would be something altogether different about this since the creators are Mark Gatiss and Steven Moffat from Sherlock and Doctor Who fame. These are both outside-the-box storytellers or, story-presenters, who love to take a good tale and spin it into something you may not have seen coming. And in this version of Dracula, they do just that.

Actor Claes Bang is the perfect Dracula in his unholier-than-thou sexy sarcasm and horrific anti-hero action. It’s told in over several episodes but each builds on what came before it until you have this crescendo of Gothic entertainment in modern-day that satisfies even as it surprises!

The book written by Bram Stoker and published in 1897 was not the very first vampire book to be popular. John Polidori’s The Vampyre was also popular, though not as much, but it did include a more refined vampire and not just some hideous undead creature.

You can read Bram Stoker’s Dracula for free at Project Gutenberg HERE.

Keep in mind the period in which Dracula was written. The old English and some of the cultural issues of the day must be endured even if it is difficult for first-time readers to get into. It’s so worth it.

You can also read Polidori’s The Vampre for free HERE.

The Netflix version doesn’t completely follow the book, but the first part of it does look at that long-ago tale. From there we get a whole look at what Dracula might be like in today’s society. For example, what happens when he learns how to use Skype? Yes, there’s a lot of humor that happens, but a lot of horror on a variety of levels as well.

I do recommend reading the book as well as having fun watching the Netflix original DRACULA.

GROLAR - Half Grizzly Half Polar Bear A Novel of Horror in Nature Like No Other By Critically Acclaimed Author and Musician Thorsten Nesch Grolar: half grizzly...

THE 6:20 MAN BY DAVID BALDACCI A cryptic murder pulls a former soldier turned financial analyst deep into the corruption and menace that prowl beneath...