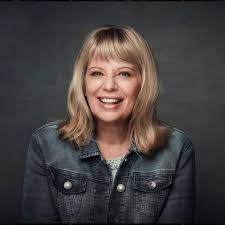 What’s New For You in 2021? A guest post by author Laura Frantz

You have rich roots!

Yes, I mean you, even if you don’t know much about your ancestry or only have a few facts passed down through your family. As a historical fiction author, I’m inspired by how Americans came to be Americans. We are a nation of immigrants gathered from all over the world. Along with Native Americans who were here first, each of us has a complex backstory with roots that reach back to colonial America.

In my twelfth novel, Tidewater Bride, releasing January 2021, I write about those first settlers in Jamestown, Virginia, or rather James Towne as it was called back then. During the writing, several readers contacted me telling me they are descendants of those early settlers who hobnobbed with Pocahontas and her people. One reader even claims a tobacco bride in her family line. Rich roots, indeed! Though I have no kinship with Virginia in the 17th-century, I do trace my lineage to Scotland as so many readers do.

Fast forward to the present and the current novel I’m researching. Set in 18th-century Scotland, this novel is based on my eighth great grandfather, George Hume and his seven sons – the ‘Spears of Wedderburn’ as they were called – who were warriors and lairds in the very fractious Scottish Borders. While resurrecting the extensive genealogy my family has passed down, I unearthed much of their tragic yet noble history which I’m including in my fourteenth novel.

My hope this year on my something-new-to-do-list is to return to Scotland. This time I’m going to the place where my paternal family story began – Hume Castle and also Wedderburn Castle in the infamous Scottish Borders or Lowlands. Walking where my ancestors walked and getting to know the place names and landscape form the very backbone of my writing. There’s no substitute for being there where it all began. In fact, setting becomes a character all its own in my novels.

All this ancestry brings me to an important question. What do you know of your own heritage? Even the merest scraps of family history can be passed down which helps preserve it, leaving a lasting legacy. Most of the time our forefathers were too busy trying to survive to leave much evidence other than their existence aside from birth and death records. But there’s never been a better time to blow the dust off your own family tree or begin researching your roots.

Here are some fascinating, helpful sites to start or enrich your own search: 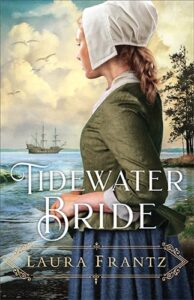 Will a Busy Matchmaker Find Her Own Match?

Selah Hopewell seems to be the only woman in the Virginia colony who has no wish to wed. True, there are too many men and far too few women in James Towne. But Selah already has her hands full assisting her father in the family’s shop. And now she is in charge of an incoming ship of tobacco brides who must be looked after as they sort through their many suitors.

Xander Renick is perhaps the most eligible tobacco lord in the settlement. His lands are vast, his crops are prized, and his position as a mediator between the colonists and the powerful Powhatan nation surrounding them makes him indispensable. But Xander is already wedded to his business and still grieves the loss of his wife, daughter of the Powhatan chief.

Can two fiercely independent people find happiness and fulfillment on their own? Or will they discover that what they’ve been missing in life has been right in front of them all along?

Bestselling and award-winning author Laura Frantz takes you to the salty shores of seventeenth-century Virginia in this exploration of pride, honor, and the restorative power of true love.

ABOUT THE AUTHOR:
Laura Frantz is a Christy Award winner and the ECPA bestselling author of eleven
novels, including An Uncommon Woman, The Frontiersman’s Daughter, Courting
Morrow Little, The Colonel’s Lady, The Lacemaker, and A Bound Heart. She is a proud
mom to an American soldier and a career firefighter. When not at home in Kentucky,
she and her husband live in Washington State. Learn more at www.laurafrantz.net.