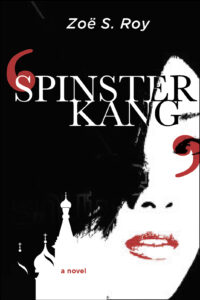 Nicknamed “Spinster” in China, Kang is an immigrant in Toronto. Her sister being raped has made her distrust men. Besides domestic duties for Tania, a retired professor, she rooms with, Kang proofreads her memoir. Tania’s youthful love with a Chinese student in Moscow intrigues Kang since her own father once studied there. Kang has a chance encounter with Tania’s nephew, Brian. Assuming he is gay, she meets him without aversion. Analyzing her own life with Brian helps get her out of her sister’s shadow. Kang falls in love with him. Curious about his Jewish Russian roots, Brian joins Kang to visit Moscow. As they plan an engagement party, Brian shows symptoms of schizophrenia. Should Kang cancel the betrothal? She seeks a solution and is happily surprised.

Spinster Kang by Zoe S. Roy be sure to check out the book video!