Search
Home Featured SNEAK PEEK: We Could Be Heroes by Mike Chen 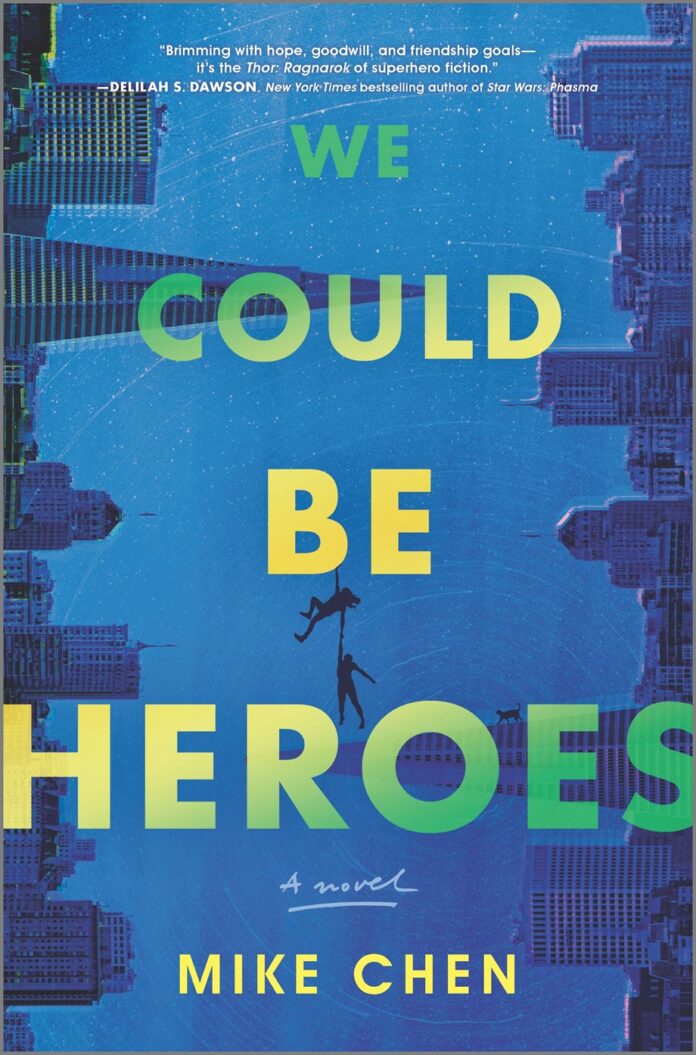 We Could Be Heroes by Mike Chen

An emotional adventure about two misfits who have extraordinary powers, but have forgotten who they were before. The vigilante and the villain must team up to stop a mad scientist who threatens the city, while trying to figure out who they really are.

Jamie woke up two years ago in an empty apartment with no memory and only a few clues to who he might be, and also with the power to read other people’s memories. In the meantime, he’s become the Mind Robber, holding up banks for quick cash. Similarly, Zoe is searching for her past, and using her new extraordinary abilities of speed and strength…to deliver fast food. And occasionally beat up bad guys, if she feels like it.
When the two meet in a memory-loss support group, they realize they are each other’s best chance at discovering what happened to them. The quest will take them deep into a medical conspiracy that is threatening to spill out and wreak havoc on their city, and maybe the country. As the two get past their respective barriers, they’ll realize that their friendship is the thing that gives them the greatest power.