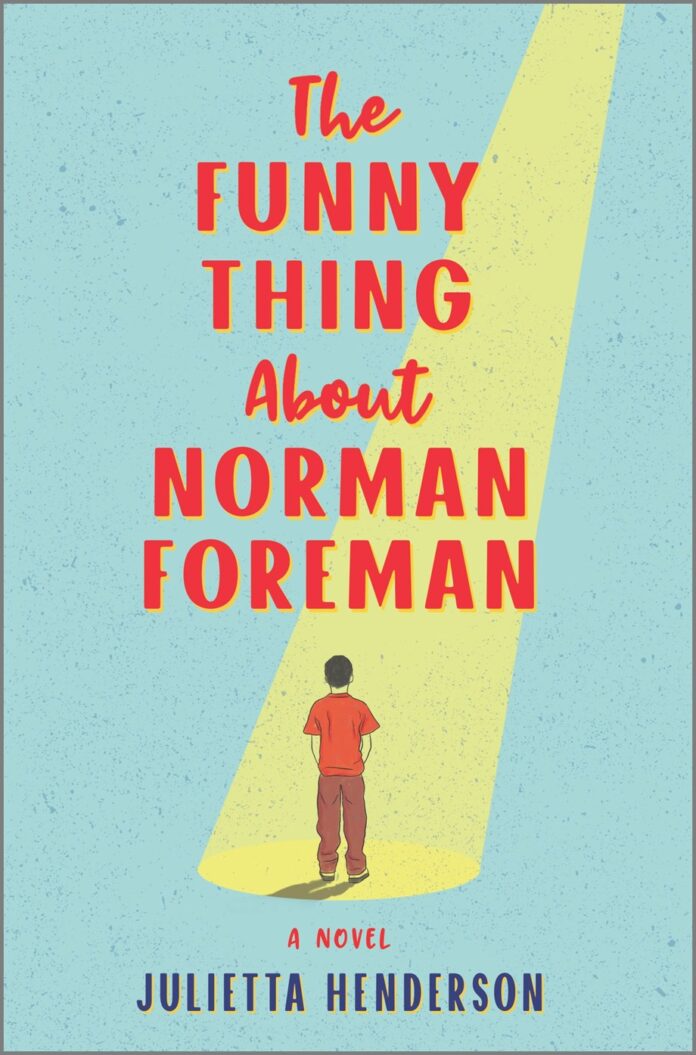 The Funny Thing About Norman Foreman by Julietta Henderson

Little Miss Sunshine meets Wonder in this delightfully charming, uplifting book club debut about a twelve-year-old would-be comedian who travels across the country to honor his dead best friend’s dream of performing in the Edinburgh Festival Fringe—the only problem being that his friend was the funny one of their duo.

Twelve-year-old would-be comedian Norman has got a lot going on, including a chronic case of psoriasis, a distinct lack of comic timing and a dead best friend. All his life it’s just been him, his single mum Sadie, and Jax, the ‘funny one’ of their comedy duo. So when Jax dies not only is Norman devastated, it’s also the end of the boys’ Five Year Plan to take their comedy act to the Edinburgh Festival Fringe when they turned fifteen.

But Norman decides to honor Jax by performing at the Fringe, on his own. And not when he’s fifteen—but rather in four weeks’ time. But there’s another, far more colossal objective on Norman’s plan that Sadie wasn’t quite ready for: Norman wants to find his father. Eager to do anything that might put a smile on her boy’s face, Sadie resolves to face up to her own messy past and track down the father who doesn’t even know Norman exists, and whose identity Sadie herself isn’t quite sure of.

Thus begins a road trip from Cornwall to Scotland, featuring a mother and son who will live in the reader’s heart for a long time to come.