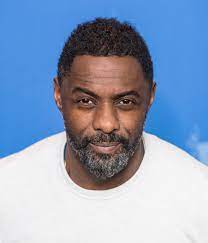 Iconic and multi-award-winning actor, musician, filmmaker, and activist Idris Elba has signed a global multi-book deal with HarperCollins to publish a range of children’s books launching in 2022.

In a major UK/US co-publication deal, world rights were acquired by Ann-Janine Murtagh, Executive Publisher, HCCB UK, and Suzanne Murphy, President and Publisher, HCCB US, from Crystal Mahey-Morgan at OWN IT! Entertainment Ltd.

Publishing will include picture books and fiction featuring a character and world imagined and developed by Idris and his writing partner Robyn Charteris, who has written numerous live-action drama, pre-school and animation programmes for BBC, Channel 4, the Jim Henson Company and Endemol as well as educational theatre for schools.

Idris Elba said, “I feel privileged to have the opportunity to bring stories inspired by my daughter to life with my incredible partner Robyn Charteris, and the powerhouse team at HarperCollins.”

Executive Publisher HCCB UK, Ann-Janine Murtagh said, “Idris Elba is one of the most iconic and multi-talented creatives of his generation and I am delighted that he is joining the HarperCollins Children’s Books list. From the outset, Idris had a very clear vision of the characters and stories he has imagined, and is passionate about creating books that will appeal to all children. Robyn Charteris has a fantastic track record in writing for children, working with some of the biggest producers of children’s entertainment, and I am hugely excited to also welcome her to the world of children’s books. I feel privileged that Idris has entrusted us to bring his stories to life and I cannot wait to share them with children across the globe.”

President and Publisher HCCB US, Suzanne Murphy said, “Idris Elba is a creative force, who has many wonderful stories to tell. We are honored to be working with him and with Robyn

Charteris to bring Idris’s rich and imaginative storytelling to the world of children’s books, and we are thrilled to welcome them to the HarperCollins family.”

IDRIS ELBA Golden Globe and SAG winning Idris Elba captivates audiences as an actor, producer and director, and continually secures his position as the one to watch in Hollywood. He is the first actor to receive dual SAG awards in one evening.

Idris’s career skyrocketed on the small screen in some of the UK’s top-rated shows. Soon after, he landed the role of Stringer Bell in HBO’s critically acclaimed series The Wire (NAACP Image Award nomination). In 2010, Idris landed the title role on the BBC mini-series Luther, which earned him a Golden Globe, SAG Award and four Emmy nominations. In 2005, he began his film career; his credits include American Gangster (Golden Globe nomination), Mandela: The Long Walk to Freedom (Golden Globe nomination), Beasts of No Nation (SAG Award, Golden Globe nomination) and the Oscar-nominated film Molly’s Game. He can be seen this April in the Netflix film Concrete Cowboy, which he also produced, and this summer will be starring in The Suicide Squad 2. Other upcoming films include The Harder They Fall and Three Thousand Years of Longing.

Behind the camera, Idris made his feature-film directorial debut at the 2018 Sundance Film Festival with Yardie. In 2013, he founded his production company, Green Door Pictures, to champion diversity of thought. With Green Door, Idris released the documentary Mandela, My Dad and Me, produced the TV mini-series Guerrilla for Showtime and created, produced and appears in the Sky comedy series In the Long Run. He also created, produced and starred in the Netflix comedy series Turn Up Charlie.

ROBYN CHARTERIS Robyn began her career writing educational theatre for schools and charitable organisations internationally before graduating to television. For television she has written on numerous live-action drama, pre-school and animation programmes for the BBC, Channel 4, the Jim Henson Company, Channel 5, Initial Kids (Endemol), Carlton TV, Gullane, Hit Entertainment, Granada, SABC, Urban Brew, Disney and M-Net. Her credits include a BAFTA-winning children’s drama series for CBBC, creating and writing one of the first original 52-episode pre-school series for the launch of the digital channel CBeebies, creative consultancy for Mattel Toys and Lego, and a master’s degree in Playwriting.