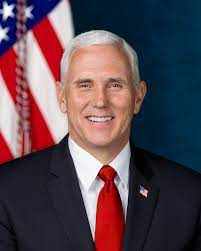 Former Vice President Mike Pence will publish his autobiography with Simon & Schuster. This currently untitled book is the story of Pence’s faith and public service, covering his trajectory from Columbus, IN, to his time as the second-highest ranking official in the Trump Administration. Pence will address the many pivotal moments of the administration, from the time he was selected to run as Vice President through Inauguration Day on January 20, 2021.

“I am grateful to have the opportunity to tell the story of my life in public service to the American people, from serving in Congress, to the Indiana Governor’s office and as Vice President of the United States,” says Former Vice President Pence. “I look forward to working with the outstanding team at Simon & Schuster to invite readers on a journey from a small town in Indiana to Washington, DC.”

“Vice President Pence’s life and work, his journey as a Christian, the challenges and triumphs he has faced, and the lessons he has learned, tells an American story of extraordinary public service during a time of unrivaled public interest in our government and politics,” says Dana Canedy, Senior Vice President and Publisher of Simon & Schuster. “His revelatory autobiography will be the definitive book on one of the most consequential presidencies in American history.”