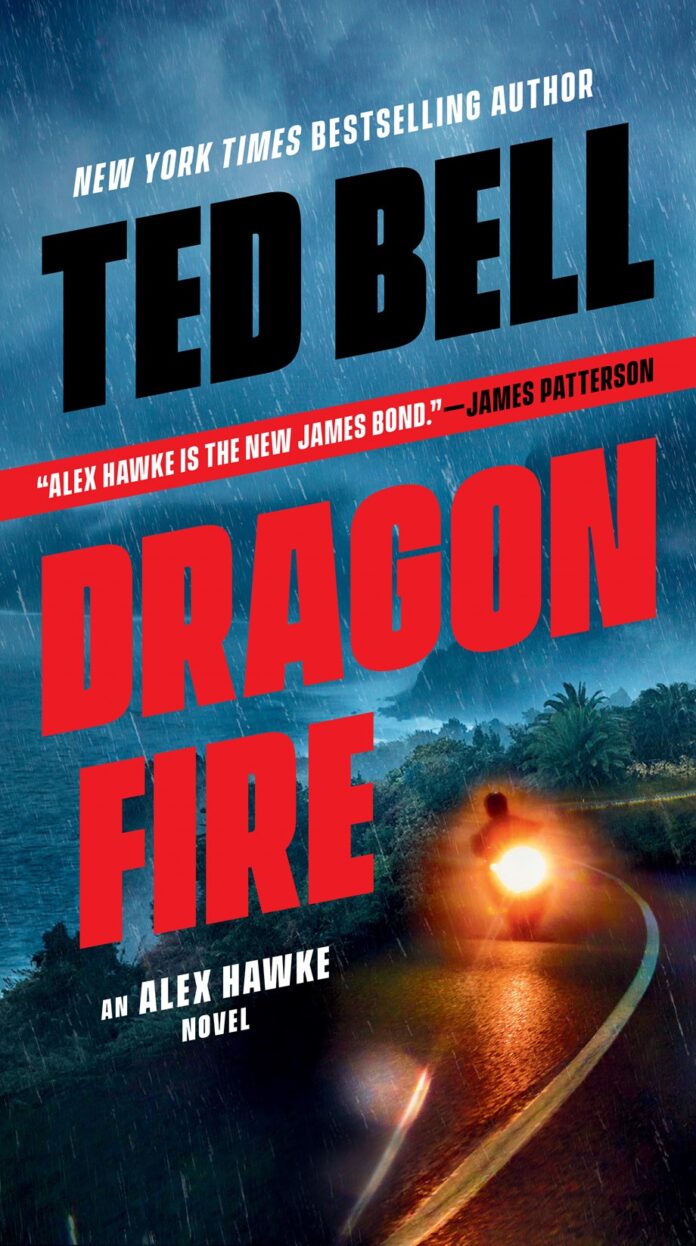 Alex Hawke, British lord and gentleman spy, is looking for the Queen’s missing grandson, whose disappearance may be the culmination of a century-old plot in this breathtaking new adventure from New York Times bestselling novelist Ted Bell.

The new Chinese ambassador to the United States, Tiger Tang, meets with President Roosevelt one day after the attack on Pearl Harbor. For the next four years, China and the U.S. will be wartime allies, but the charming, sophisticated ambassador may be playing his own treacherous game.

Alex Hawke is recovering from serious injuries incurred during a battle with a malevolent enemy. His recuperation is interrupted by a desperate call from the Queen. Her favorite grandson has disappeared in the Bahamas. Lord Hawke is the only man she trusts with a mission this sensitive. All she knows is that the young prince was last seen at the exclusive resort the Dragonfire Club, owned by the nefarious Tang brothers, grandsons of Ambassador Tiger Tang.

Series Overview: Lord Alex Hawke is a British nobleman and gentleman spy. He handles the missions that MI6 can’t touch.