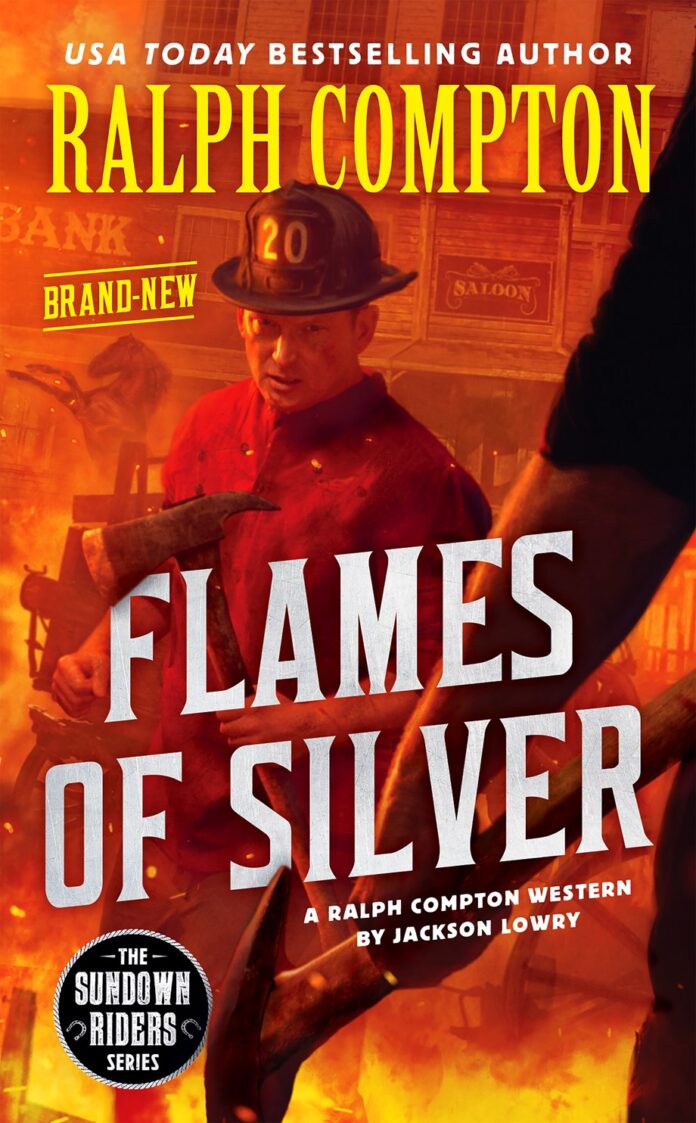 FLAMES OF SILVER BY RALPH COMPTON

A fireman must save his town from devastation in this scorching new installment of Ralph Compton’s bestselling Sundown Riders series.

Thanks to the discovery of the Comstock Lode, Virginia City, Nevada, has made many a rough-hewn millionaire. It seems like everyone is looking to strike it rich, but to Morgan Mason, the real prize is being selected as one of the volunteer firemen, who are seen as heroes in the dry tinderbox of a town. Recently inducted into the fire brigade, Mason is called to put out a blaze and stays to investigate its cause. His searing discovery? The fire was no accident—it was deliberately set.

As a series of mysterious fires burns through the town, Mason begins to perceive a pattern no one else can. And when the fiery trail leads to the Wells Fargo building—holding what he suspects the arsonists are really after—Mason knows he is the only one who can take the heat and catch the crooks before the wealth of the entire town goes up in smoke.