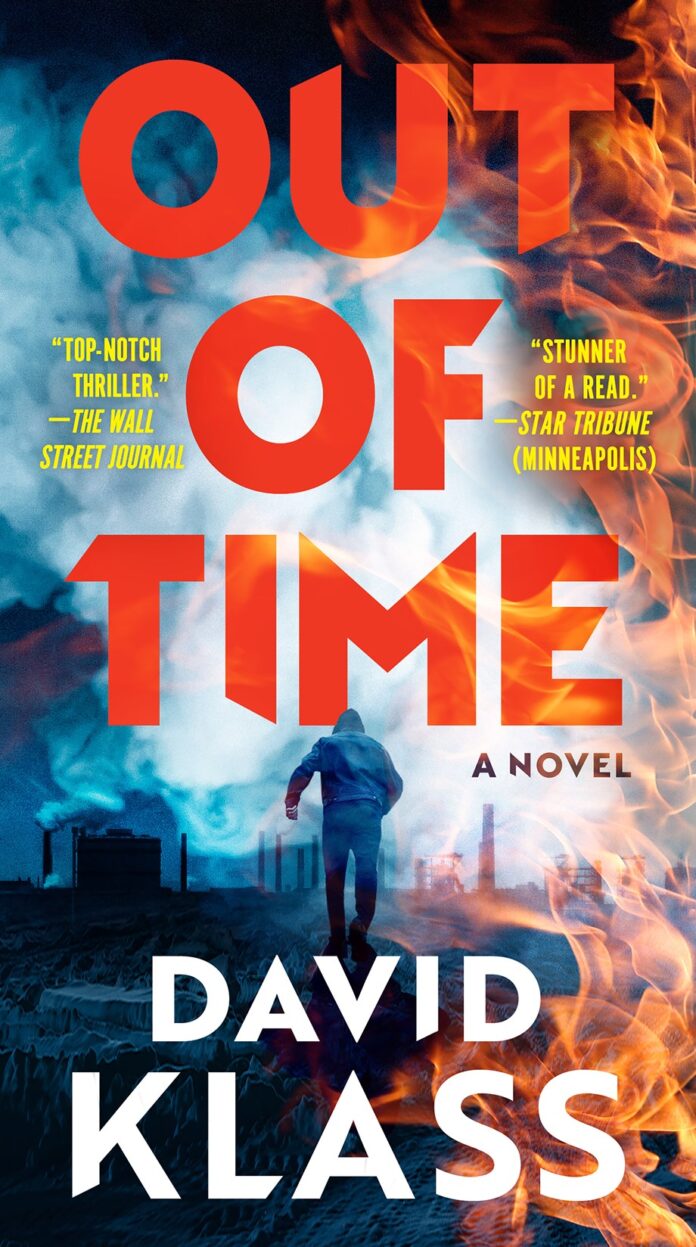 OUT OF TIME DAVID KLASS

In this explosive thriller, now in paperback, a fiendishly clever serial bomber and self-styled “eco-terrorist” hits targets across America—and a conflicted young FBI agent may be the only person possessing the unique skills needed to catch him.

A massive FBI manhunt is underway for an elusive and terrifyingly adept serial bomber. He’s just struck his sixth target, Idaho’s Boon Dam, killing a dozen innocent people. But the bomber, who calls himself “Green Man,” insists these drastic acts of violence—each one carefully selected to destroy a target that threatens the environment—are necessary to draw the world’s attention to the climate change emergency.

The FBI has no real leads. It’s as if Green Man can predict every step of their investigation, skillfully evading all their standard tactics.

Until young agent Tom Smith approaches the task-force leader with an unexpected insight. Tom, a computer programmer by training, may be the only person with the unique skill set needed to catch Green Man before he strikes again….