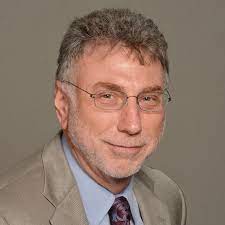 Bob Miller, President of Flatiron Books, has announced today that the Macmillan division has acquired, in a preempt, North American rights to Martin Baron’s COLLISION OF POWER: Trump, Bezos, and The Washington Post. Flatiron Books’ Vice President and Editorial Director, Zachary Wagman, will edit. Baron was represented by Todd Shuster at Aevitas Creative Management in the deal.

Over the course of his legendary career, Martin Baron has written and edited for The Los Angeles Times and The New York Times, and was executive editor at The Miami Herald, The Boston Globe, and The Washington Post, from which he recently retired.

COLLISION OF POWER, Baron’s first book, is part memoir about his time leading The Washington Post during the tumultuous years before and during the Trump administration, including Jeff Bezos’ acquisition of the paper, and part an investigation into the confluence of political and technological power and what that portends for the press and how it exercises its own power in American democracy.

Of the acquisition, Wagman says “Marty Baron has had an unparalleled career in journalism, overseeing some of the most consequential news coverage in a generation. In COLLISION OF POWER, he not only takes readers inside one of America’s most storied newsrooms, but he’ll also explore the nature of power in the 21st century. This authoritative and keenly observed book will show just how essential a fearless and independent press is, especially when faced with profound disruption from politics, tech, and other media. What a privilege it is for Flatiron Books to help Baron tell this vital story.”