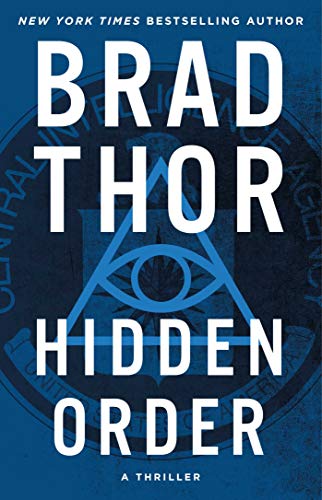 Written in 2013….but cut from today’s headlines (Jan 6, 2021…never forget who encouraged the insurrection):

“When that happens, the United States is going to need its very best and very brightest to push back the darkness and take the fight to any enemy that would see us destroyed, both foreign and domestic.”

Claire Marcourt is at the peak of her professional career as she is one of five people in consideration to head the Federal Reserve.

That night four others in contention to run the Federal Reserve, from around the country, were also kidnapped, and feared to be next in line to die.

Fresh off a successful rescue of a boat Captain in Somalia, Scot Harvath has been summoned by his boss, Reed Carlton, of the Carlton Group (or what is left of it after the events in the last book) to meet with the Federal Reserve head who wants help finding the four missing people…before they too, are murdered.

The clues lead Harvath to believe that the Sons of Liberty are re-enacting murders from events that lead up to the Boston Tea Party.

Road trip to Boston as another body is found.

It is there that Harvath meets Homicide Detective Lara Cordero and her partner, Detective Sal Sabatini. Harvath, the sexist macho pig that he is, flirts with Cordero while he and Sabatini instantly hate each other.

As the new team investigates the current murder, more bodies pile up and Harvath and Cordero (along with, but, separately, ex-Athena Project operative now CIA agent, Lydia Ryan) discover that these murders are being carried out by a black ops operation in the……CIA. Yikes!

All hell breaks loose as……

Oh, to find out what happens and who survives, who dies, who is behind the killings, and why….you will have to read the book. 🙂

“Hidden Order” is a fun, fast, thriller with, Dan Brown lite, like historical clues…..violence galore, and a surprise ending that will knock your socks off. Trust no one is the operative phrase.