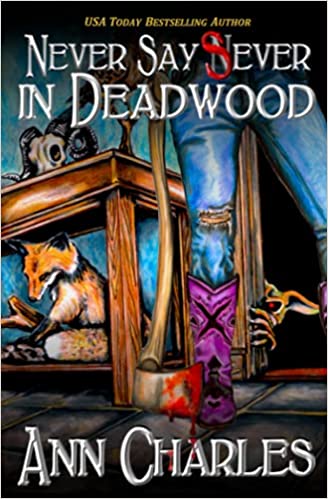 All Violet Parker wants is a day off. Better yet, just a “normal” day. But things never go as planned, especially in Deadwood.

Someone—or rather something—broke into the local taxidermy shop and took bites out of the critter displays before racing off into the dark. But this is no random crime and Violet knows it. With a bounty on her head and troublemakers zeroing in on her, she soon goes from being the hunter to the hunted. 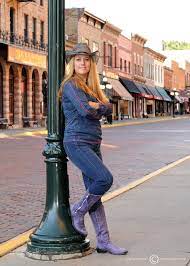 Ann Charles is a USA Today Best-Selling author who writes spicy, award-winning mysteries full of mayhem, adventure, comedy, and suspense. She writes the Deadwood Mystery Series, Jackrabbit Junction Mystery Series, Dig Site Mystery Series, Deadwood Undertaker Series (with her husband, Sam Lucky), and AC Silly Circus Mystery Series. Her Deadwood Mystery Series has won multiple national awards, including the Daphne du Maurier for Excellence in Mystery/Suspense. Ann has a B.A. in English with an emphasis on creative writing from the University of Washington and is a member of Sisters in Crime and Western Writers of America. She is currently toiling away on her next book, wishing she was on a Mexican beach with an ice-cold Corona in one hand and a book in the other. When she is not dabbling in fiction, she is arm wrestling with her two kids, attempting to seduce her husband, and arguing with her sassy cats.