The Candy House is the long-rumored and hotly anticipated sibling novel to Egan’s Pulitzer Prize and National Book Critics Circle-winning A Visit from the Goon Squad. Spanning decades, with an intricate plot and interconnected characters, The Candy House is that rare thing: a book that is both pure pleasure on the sentence level and wildly ambitious in scope. In these pages we meet a tech billionaire who ushers in a new age of enhanced digital sharing, the anthropologist who unwittingly enabled this new era, “eluders” who seek to retain privacy and discretion in the face of the onslaught and the “proxies” who impersonate them, plus record producers, aging rock stars and movie stars, spies, publicists, writers, academics, mothers, fathers, and children. Set in San Francisco, New York City, suburban country clubs, tech office cubicles, the desert, and the mysterious nation of X, with entwined characters and plot points that overlap with A Visit from the Goon Squad, this is a dazzling achievement.

A simultaneous audio edition will be published by Simon & Schuster Audio. 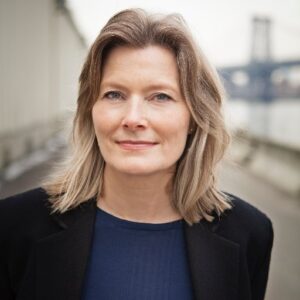 “I had already begun to imagine my way beyond A Visit from the Goon Squad even before it was published,” said Jennifer Egan.  “The Candy House follows a number of its peripheral characters into their own futures and pasts to create an independent work with a new set of preoccupations and center of gravity, but equal affinity for technology, humor, and structural freedom.  I’m thrilled to be publishing it with Scribner.”

“For a couple of years, Egan worked on Manhattan Beach in the morning and The Candy House in the afternoon,” said Nan Graham, Jennifer Egan’s editor and Senior Vice President, Publisher of Scribner. “Then Manhattan Beach prevailed. Both novels evidence her stunning imagination and both celebrate the human capacity to adapt, to create, to love. The Candy House is a staggeringly prescient, funny and hopeful novel from one of our most spectacularly brilliant writers.”

Jennifer Egan is the author of six previous books of fiction: Manhattan Beach, winner of the Andrew Carnegie Medal for Excellence in Fiction and New York’s “One Book One New York” selection for 2018; A Visit from the Goon Squad, which won the Pulitzer Prize and the National Book Critics Circle Award; The Keep; the story collection Emerald City; Look at Me, a National Book Award Finalist; and The Invisible Circus. Her work has appeared in The New Yorker, Harper’s Magazine, Granta, McSweeney’s, and The New York Times Magazine. Her website is JenniferEgan.com.

Jocie McKadehttps://www.jociemckade.com/
Her fiction writing has received the Author / Ambassador at Library Journal Self-e Authors, Winner Queen of the West Reader Favorite Award, Amazon Bestseller - Historical, Double finalist in the Next Generation Indie Book Awards in the Mystery and Humorous Categories. Writing humorous cozy mysteries and romantic comedy, Jocie can find humor in most everything, even when she shouldn't. She lives in the Midwest on Dust Bunny Farm with her family.
Previous articlePODCAST::: Let’s visit Happy Valley with Author CP Hoff on Book Lights
Next articleSNEAK PEEK: THE SPELLCAST GATE BY KATHRIN HUTSON