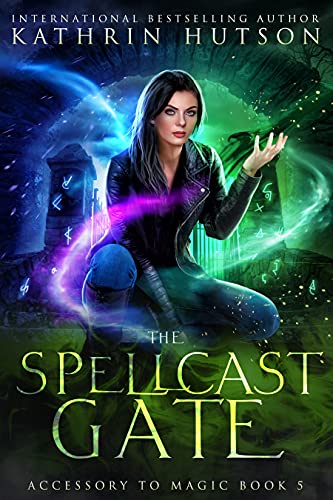 THE SPELLCAST GATE BY KATHRIN HUTSON

Two worlds collide. The light is gone. And the truth just doesn’t exist.

Aided by the original Order of Laenmúr in Xahar’áhsh, Jessica Northwood finally discovers how far her role as Guardian really extends. But to truly fulfill it, she must bend the truth for everyone, and it won’t be pretty.

Her vestrohím darkness battles with a powerful magic she didn’t know she had. Leandras tries to come clean, but it’s one disaster after another with the fae man who apparently can’t decide where his loyalties lie. Or maybe Jessica just can’t accept how intertwined their fates have become.

Deadly alliances and maddening deceptions greet Jessica at every turn while both sides of the Gateway crumble beneath a ravaged world desperately trying to break free. Jessica can’t do this on her own, but her greatest ally makes her doubt everything she knew about life, death, and the mysteries between. If she lets herself trust Leandras, she may as well throw herself at the enemy’s feet. Without him, though, there’s no hope left for the Guardian—or for anyone.

Praise For the Accessory to Magic Series:

“From handsome fae Leandras to grief-stricken dwarf Kerri…the worldbuilding is vibrant… The predictable mystery, meanwhile, will leave readers waiting for the other shoe to drop.”
—Publishers Weekly


“The Witching Vault has created an intricate fantasy world that has set the stage for readers to uncover a much wider world throughout this series. Kathrin Hutson thrusts readers into a magical world filled with dark secrets that Jessica Northwood tackles in entertaining fashion.”
—Literary Titan, Five Stars 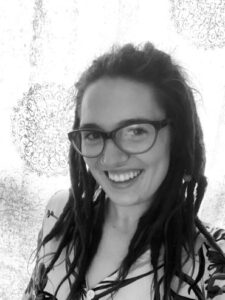 International Bestselling Author Kathrin Hutson has been writing Dark Fantasy, Sci-Fi, and LGBTQ Speculative Fiction since 2000. With her wildly messed-up heroes, excruciating circumstances, impossible decisions, and Happily Never Afters, she’s a firm believer in piling on the intense action, showing a little character skin, and never skimping on violent means to bloody ends. Kathrin is an active member of SFWA and HWA and lives in Colorado with her husband, daughter, and two dogs.

For updates on new releases, exclusive deals, and dark surprises you won’t find anywhere else, sign up to Kathrin’s newsletter at kathrinhutsonfiction.com/newsletter.