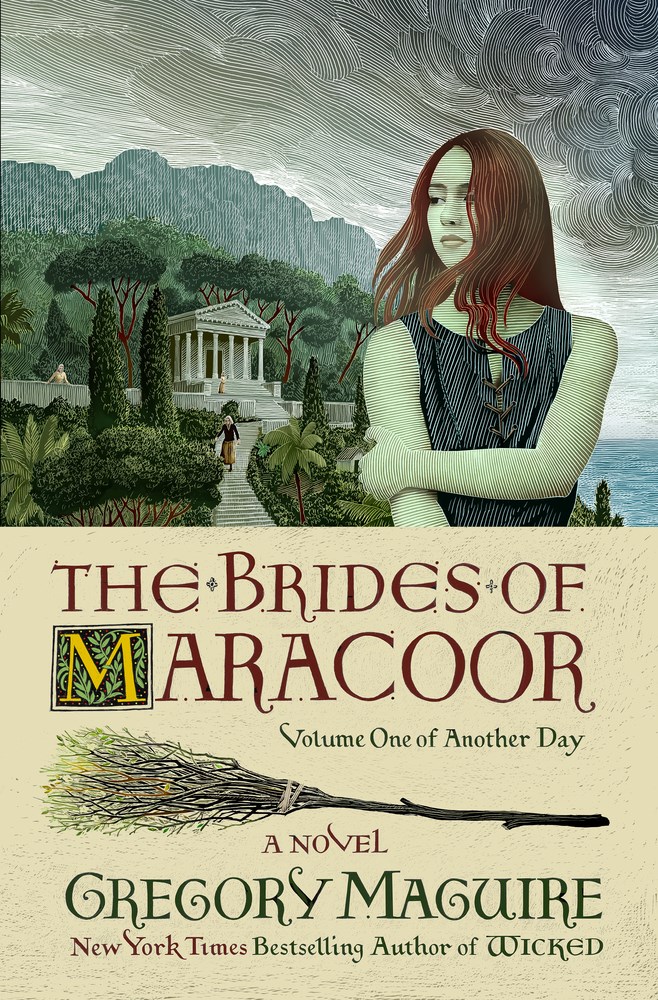 Ten years ago this season, Gregory Maguire wrapped up the series he began with Wicked by giving us the fourth and final volume of the Wicked Years, his elegiac Out of Oz.

But “out of Oz” isn’t “gone for good.” Maguire’s new series, Another Day, is here, twenty-five years after Wicked first flew into our lives.

Volume one, The Brides of Maracoor, finds Elphaba’s granddaughter, Rain, washing ashore on a foreign island. Comatose from crashing into the sea, Rain is taken in by a community of single women committed to obscure devotional practices.

As the mainland of Maracoor sustains an assault by a foreign navy, the island’s civil-servant overseer struggles to understand how an alien arriving on the shores of Maracoor could threaten the stability and wellbeing of an entire nation. Is it myth or magic at work, for good or for ill?

The trilogy Another Day will follow this green-skinned girl from the island outpost into the savage badlands of Maracoor before she learns how, and becomes ready, to turn her broom homeward, back to her family and her lover, back to Oz, which—in its beauty, suffering, mystery, injustice, and possibility—reminds us all too clearly of the troubled yet sacred terrain of our own lives.