Search
Home Blog HOW TO RECORD AND PUBLISH YOUR AUDIOBOOK IN 7 SIMPLE STEPS... 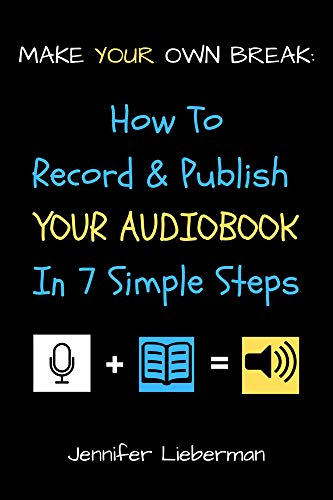 “Make Your Own Break: How to Record & Publish Your Audiobook in Seven Simple Steps” is a simple and straightforward ‘how to’ guide for self-published authors and explains how to record and publish a manuscript as an audiobook.

Award-winning writer, actor and producer Jennifer Lieberman developed this seven step guide based on her background in filmmaking & film production, acting and performance coaching while stumbling through the process of recording her own audiobook.

This resource walks you through what to expect in the process by breaking it down into seven steps from time management, necessary equipment as well as tips on preparation, recording and editing.​ 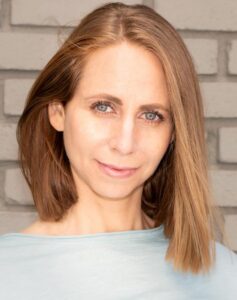 Jennifer Lieberman is from Maple, Ontario Canada and holds a Bachelor of Arts in Philosophy from York University in Toronto. Jennifer has appeared in over thirty stage productions in Toronto, New York City, Los Angeles, Europe and Australia; including her Award-Winning solo-show “Year of the Slut”.

In addition to her performance career she has produced over forty independent film and theatre productions and penned a number of screen and stage plays including the web-series “Dumpwater Divas” and the short films “Leash” and “Details” which both screened at the Festival De Cannes’ Court Métrage among other international film festivals. She also has a vlog on YouTube called “I Never Thought I Would…” where she interviews fellow authors about doing things they never thought they would and the unexpected places it led them to.

More information about Jennifer can be found here: