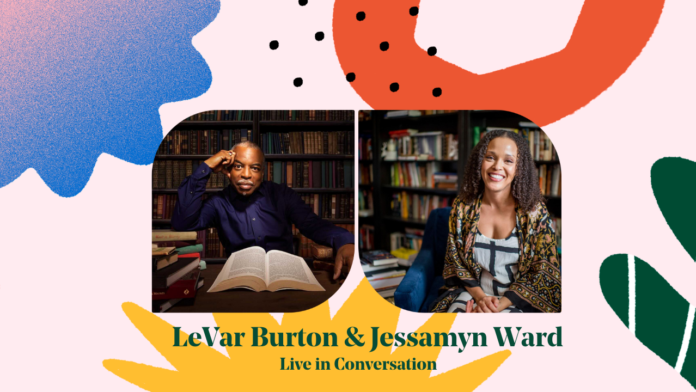 The LeVar Burton Book Club has been reading “The Fire This Time,” a collection of essays edited by the great Jesmyn Ward. To celebrate this great collection, Fable is proud to host an exclusive conversation with LeVar Burton and Jesmyn Ward.

Jesmyn Ward received her MFA from the University of Michigan and is currently a professor of creative writing at Tulane University. She is the author of the novels Where the Line Bleeds and Salvage the Bones, which won the 2011 National Book Award, and Sing, Unburied, Sing, which won the 2017 National Book Award. She is also the editor of the anthology The Fire This Timeand the author of the memoir Men We Reaped, which was a finalist for the National Book Critics Circle Award. From 2008-2010, Ward had a Stegner Fellowship at Stanford University.

LeVar Burton is an actor, director, educator & cofounder of the award-winning Skybrary App; former host and executive producer of PBS’s “Reading Rainbow;” and a lifelong children’s literacy advocate. He hosts his own podcast, ‘LeVar Burton Reads’ sharing the best short fiction and handpicked by the best voice in podcasting. BURTON also has a new YouTube Series ‘This Is My Story’ which highlights racism in America. BURTON starred as Kunta Kinte in the acclaimed mini-series ROOTS. BURTON also starred as Lt. Commander Geordi LaForge in STAR TREK: THE NEXT GENERATION television series and in feature films. BURTON has been nominated for three Primetime Emmy Awards along with 27 Daytime Emmy nominations, culminating in 21 wins.