Search
Home Blog BEHIND THE WORDS WITH MATTHEW FITZSIMMONS 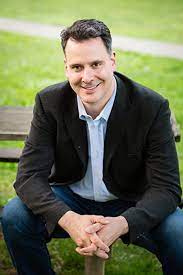 Welcome Matthew, and welcome to the blog. Let’s begin with telling our readers where you’re from, where you live, and is writing your full-time job?

Well, I am from Wheaton, Illinois outside of Chicago but grew up in London, England thanks to my father’s work. My family moved to Washington D.C. right before I started high school, and I’ve since lived in Philadelphia, New York City, Nanjing, China, but returned to D.C. in the late ’90s and have called it home ever since. I’m six-and-a-half feet tall. Most people call me Fitz, but all the men in my family are also called Fitz, so when we get together it’s very confusing. I spent twelve years as a high school teacher; I taught twelfth-grade English, theater, and coached the varsity basketball team. It’s still the best job I ever had. I was very fortunate with the success of my first book, The Short Drop, and have written fulltime ever since. It is a dream come true in many ways.

How long have you been writing?
I have been writing since middle school when I turned in a fifty-page story for a ten-page assignment. I’ve been a fulltime author since 2014.

Give us a look at your typical writing day.

I’m an early riser and most mornings I write from about six to eleven (providing I hit my wordcount otherwise I work until I do). If I’ve satisfied the word-count gods, I go to the gym or a yoga class. In the afternoon, I take a well-earned thirty-minute nap and then work until five or six on revisions or the busy-work (as my granddad used to call it) of being an author.

Constance is a near-future, speculative science fiction thriller about a young woman named Con D’Arcy. Set in 2040, it supposes a world where human cloning is now possible and that in the event of a client’s untimely death a stored copy of their consciousness will be downloaded into their clone. Essentially, a life insurance policy against death. After the original Con dies, it’s up to her clone to find out what really happened to her.

Constance was inspired by a hypothetical I posed myself one afternoon: how could one person be both victim and detective in the same story? I knew of supernatural versions, but I couldn’t think of one that told the story using flesh and blood people. For obvious reasons – it’s impossible. But human cloning gave me a way into the story that felt fresh and exciting. Everything else followed from there.

Without a doubt, it’s a scene in Constance toward the end of the book. It was a reunion scene, and I probably wrote a dozen different versions. By that point, I had put Con through hell (again, being the creation of a thriller writer is a tough row to hoe), and I felt torn between sentiment and the harsh reality of the world I was writing. I went back and forth with it, and even now I find myself second guessing the balance that I eventually struck.

The answer is probably Gibson Vaughn himself, the main character of my previous series, especially early on. I was very determined that he not simply be an extension of, or an idealized version of, myself. That sounded like a cliché and not very interesting, but no matter what I did, his voice kept veering back into my speech patterns and my outlook on the world. It took a lot of work to really let Gibson be his own man and in the process I recognized that my process for developing characters was flawed and needed to be completely rethought. It was exhausting, but absolutely essential.

I’m not sure I’d want to be any of my characters since I’m not very nice to them. The job of a thriller writer is to create characters we care about and then put them through the proverbial wringer. But if I had to pick one, I might spend a day as Sebastião Coval, the Portuguese soccer-star-turned-manager. I’ve really enjoyed watching Ted Lasso, and I miss coaching, so it would be a great experience to lace up his cleats for a day.

Are there any authors that have influenced how you write?

That is a long and complicated list, but I will attempt to streamline it without being glib about the authors who taught me through their work. Don DeLillo was an early influence in my twenties for his unique turn-of-phrases and insights. James Baldwin who was an exemplary human and one of the great American writers taught me cadence and how to make an argument. Ian McEwan is a master of tension and rendering the small idiosyncrasies of people. Toni Morrison, well, for everything – she was a titan. And lastly, I’d include Kazuo Ishiguro who has written brilliantly from the perspective of English butlers and maids, teenage girls, robot companions, and is a reminder that it’s possible as an author to leave your own experience behind and see the world through another’s eyes.

I have a great fondness for Don DeLillo’s third novel, Great Jones Street, a book I only bought because at the time I was living not far from the real Great Jones Street in New York City. A good a reason as any to buy a book, right? The main character is a rockstar named Bucky Wunderlick who abandons his band mid-tour and hides out in a delipidated brownstone on the eponymous Great Jones Street. It was my introduction to DeLillo and his unique insight into American life and culture. As a teenager, I’d entertained the idea of being a music critic, and DeLillo’s surrealist observations about our music resonated with me and sent me out in search of his other books. Maybe it’s not an accident that Con D’Arcy turned out to be a musician.

I do not, and now I’m going to have to go lie down and think about how I’ve been spending my time.

I have an unhealthy nostalgia for regular Coke that is tied back to my childhood. My dad used to drink a can sitting in his armchair in the TV room, and seven-year-old me thought that was the coolest. Somewhere along the line I picked up the habit. I don’t drink any other soda, but a can of Coke over ice puts me in a good headspace, which I suppose only goes to show the power of the brain to create connections and associations whether we want it to or not.

I have two. The first is my tendency to get so focused on a word or phrase that I can spend three or four hours reworking a sentence that a reader will spend less than a second considering. It seems an unhealthy ratio. The second is my aforementioned love of Coke. They’re not good for me. It has been pointed out many, many times by people who love me, but I am powerless in the face of its sweet, sweet carbonated goodness. Save yourselves.

What a fun interview! Thank you for being our guest today. 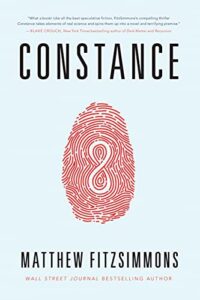