Search
Home Blog The Quiet Inspiration for Writing by Jeffrey A. Carver 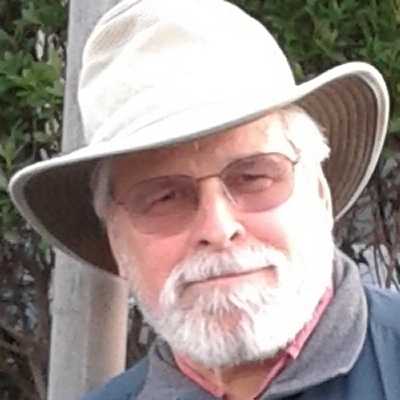 The Quiet Inspiration for Writing by Jeffrey A. Carver

Writing is a solitary craft, and writers are often thought of as self-made artists. After all, a writing career consists largely of hours spent shut up alone, pouring/grinding/squeezing out words to fill a page, to complete a story. It can be easy or hard, pleasurable or excruciating. Sure, there are editors and beta readers and workshoppers, and no sane or knowledgeable person would deny their value. And feedback from readers, ranging from this really sucks to give me more! Even with all that, though, the writing only happens when the writer places butt in chair and fingers to keyboard (change the details if you like, but the principle remains) and writes. It is fundamentally a self-driven activity, fueled by a passion or madness in the mind. Without that, the writing fails.

This is all true enough, as far as it goes. But no writer works in true isolation. Every conversation a writer has, every book she reads, every job he has ever held, every movie they watch, everyone they’ve fallen in love with, is fodder for the creative process. And most writers, I think, would acknowledge some special influences in their lives, people who touched them early on, encouraging them or maybe trying to discourage them. In my own early life, there were many, from parents and even an uncle who expressed pride in what I was trying to do, to a brother who asked pointedly, “When are you going to write some more?”

But what about teachers? I can honestly say that my teachers in school, while they grounded me well in the basics of using the written language, didn’t teach me much of anything about the craft of writing fiction. Most of the craft I learned through experience, from other writers, or from things I read. Does that mean my teachers failed me? Oh, no, not at all.

What did they do, then?

They encouraged me, and that encouragement meant more to me, looking back, than any amount of academic teaching or even instruction in the craft.

Take my Huron (Ohio) High School English teacher, Mr. Zimmer, who expressed amazement and delight in the modest writing I did in his class, and made it known that he would love it if I did more. Or my science teacher, Mr. Echelberger, who made science riotous fun to learn. I don’t even remember if he ever mentioned science fiction—he probably did—but I do know that his approach to science and learning helped to cement my burgeoning interest in the field. Or the librarian, Mr. Liston, who casually stopped by my desk and dropped a couple of Ray Bradbury books at my elbow. Or Mr. Seiple, who had been my gym teacher, who years later was waiting at Waldenbooks to get an autographed book from me when I came home as a published author to do a signing. (“Carver—you’re late, as usual!”)

Words fail to convey how much power lay behind this gentle, humorous, and cumulative, encouragement from teachers whose fields probably still held the old bias that science fiction was puerile rubbish. Would I have kept writing without it? Maybe; probably; I truly don’t know. Writing has always been hard for me, and success came slowly. Probably I would have kept going, because I loved science fiction and had a passion to create it. But it would have been a harder row. It might take a village to raise a child, but it also takes many supportive hands to create a writer.

One of the joys of writing far-future fiction was that I could give thanks in small measure to a few of these people. My novel Down the Stream of Stars featured a young girl on a colony starship, whose school was run by a friendly AI whose everyday avatars bore an uncanny resemblance to a couple of those teachers. It was a friendly wave, and long overdue. My current series, The Chaos Chronicles, doesn’t specifically feature any of my old teachers, but a certain serpentine alien librarian plays a small but important role. Crucial to the plot? Of course. But also a nod of thanks to all the librarians who ever noticed a young reader’s tastes and steered them toward more and better reading.

So, yes, I write alone. In fact, I am writing this very essay sitting in a campervan while on a solitary writing retreat. But I write with the help of all who came before me, and lived with me and around me—and I rejoice to think how much richer my writing is because of them.

JEFFREY A. CARVER is the author of numerous science fiction novels, including The Chaos Chronicles, five novels of the Star Rigger Universe, and the official novelization of Battlestar Galactica: The Miniseries. His novel Eternity’s End was a finalist for the Nebula Award. His most recent novel is the two-volume set, The Reefs of Time and Crucible of Time. He has been a traditionally published writer (Tor, Bantam, Dell, and others) and an indie writer. Most of his books are available in ebook, print, and audiobook. He grew up in Ohio and lives now in the Boston area.

His website and blog can be found at https://www.starrigger.net. His guide for younger aspiring writers, offered free as a thank-you to those who helped him, is at https://www.writesf.com. You can see him on Facebook at https://www.facebook.com/jeffrey.a.carver/. Please stop by any of these watering holes to say hello.

Jeffrey A. Carver is the author of eighteen science fiction novels, including—just published!—The Reefs of Time and Crucible of Time. With this two-part novel, Carver returns to his signature series, The Chaos Chronicles. Equally popular are his Star Rigger stories, including the Nebula-finalist Eternity’s End—and Battlestar Galactica, a novelization of the critically acclaimed miniseries. His work takes him to the borderland of hard SF and space opera; his greatest love remains character, story, and a healthy sense of wonder. Carver is a member of SFWA, and the highly regarded author cooperative Book View Café. He has taught writing in many settings, from educational television to Odyssey to MIT to his own workshops. Visit Carver and his blog at starrigger.net, or his free guide for aspiring authors of all ages atwritesf.com. A native of Huron, Ohio, he lives with his family in the Boston area.