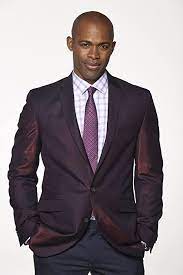 BEHIND THE WORDS WITH IAN K. SMITH

Welcome Ian, it’s great to have you join us. So, where are you from, where do you live and is writing your full-time job?

I’m from a small town in Connecticut and spent a great deal of my young adult life in New York City. I spend most of my time now in the Midwest, but travel a lot to the coasts for work. Writing is one of my many jobs. I enjoy it as much as I enjoy the other things I do but for different reasons.

I started writing in college. Secretly. No one really knew that I liked writing fiction. And I didn’t talk about it much, because I was supposed to be this serious science/premed student. I didn’t want people at Harvard to think less of my science credentials and ambition. Too bad I grew up in a time when people couldn’t accept others being multifaceted without questioning their seriousness and dedication.

I like to write early in the morning and late at night when there are less distractions and most people are sleeping or otherwise engaged. I typically have a page count that I try to hit each day, but I make sure I never stop writing when I’m out of ideas. I do other things during the day to get away from the computer and free my mind. Depending on where I am in the story, I might also write during the day of I’m feeling the momentum.

What was the inspiration behind your book, WOLF POINT?

I had heard of a case of a well-connected Chicago man who in many ways had a huge personality and was suddenly found half-submerged in the Chicago River at Wolf Point, dead of a suspected self-inflicted gunshot. The story caught my attention several years ago, and I went online as well as to others who knew this man and asked them their thoughts on what they thought really happened and what the background was that might’ve led to this unfortunate ending. I love researching and I’m very hands on. I talk to people, consult experts, use the Internet, and whenever possible, physically go to the places I write about so I can allow my senses to absorb the environment. This case really intrigued me, because it just didn’t fit together. So much of it didn’t make sense. I decided to explore what wasn’t making sense and connect the dots creatively.

How about sharing a detail from your latest release  readers might not find in the book? Perhaps a juicy bit of back-story, or something only you know about a character?

The Kennedy family once owned a lot of vacant, desolate land at Wolf Point that is now developed into very expensive luxury residential towers.

There was a scene in The Unspoken where they discover the body of a character who was dating the missing girl who Ashe Cayne had been hired to find. I really liked this character and it was difficult to have him killed and discovered, but it had to be done to advance and layer the plot I had created.

Carolina Espinoza is a challenge because I am writing a woman who is smart, beautiful, independent, but also wanting a relationship. I never want her to be objective, yet her beauty is worthy of objectification. I also want her to be vulnerable, yet still be strong. I’m also trying to tap into her female intuition, something I obviously haven’t personally experienced. I love and admire her and want to do justice with her portrayal.

That’s easy. Ashe Cayne. I love everything about him, even when he messes up or doesn’t always get his way. He’s far from perfect, but he’s perfectly imperfect.

Two of my favorite writers are Dominick Dunne and the Swedish writer Henning Mankell. Unfortunately, both are gone, but their work survives them. They were both masters at the craft. Dunne taught me how to pay attention to even the smallest of details and how to write vivid descriptions. Mankell wrote procedural so unbelievably well. He took you through the paces and even the seemingly boring and mundane activities turned out to be interesting.

Standing at the Scratch Line by Guy Johnson.

I think I’m a very good actor. I might try it seriously one day. We’ll see. My family might think otherwise.

Barbecue. Hands down. Brisket, pork, salmon, beef–you name it. Almost anything is good with barbecue slathered on it and a glass of cold lemonade to wash it down.

Thankfully, I don’t have any, but in Wolf Point I use the Kryptonite expression as it relates to one of the characters.

What are your three favorite cities in the world other than where you live?
New York, Paris, and Rome. (London is a close 4th.)

Thank you so much for joining us today, Ian. 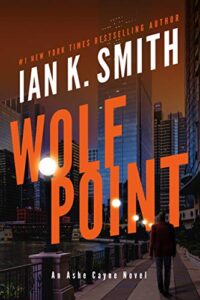 A Cadillac, a pistol, and a corpse make for another morning in Chicago. The body belongs to Walter Griffin, a prominent Black Chicagoan insider hailing from the city’s West Side. He ascended to the upper echelons of the mayor’s office only to meet his end in a watery grave at Wolf Point. Forensics finds his prints on the gun; it’s ruled a suicide.

Griffin’s children plead with a reluctant Ashe to hunt their father’s killer. They know their dad wouldn’t have taken his own life without a goodbye. And Ashe knows this town’s dark secrets often mean murder is not too far away.

Ashe decides to take on the case and navigate a city rotting with corruption, racial tensions, and sketchy backroom deals. On the bleak streets of Chicago, it’s every man for himself—and that makes everyone a suspect.

MORE ABOUT THE AUTHOR:

Dr. Ian Smith is the author of the #1 New York Times bestselling books, SHRED: THE REVOLUTIONARY DIET, SUPER SHRED: The Big Results Diet, BLAST THE SUGAR OUT, The Clean 20, THE ANCIENT NINE, CLEAN & LEAN and eleven other books with millions of copies in print. His newest novel–THE UNSPOKEN, the first installment of his Ashe Cayne mystery series, is now available. Look for his next revolutionary diet plan FAST BURN!, on sale April 13, 2021.

He also served as the medical/diet expert for six seasons on VH1’s highly-rated Celebrity Fit Club. He is the creator and founder of the national health initiatives The 50 Million Pound Challenge and The Makeover Mile. Dr. Smith is the former medical correspondent for NBC News Network and NewsChannel 4 in New York, where he filed reports for NBC Nightly News and The Today Show as well as WNBC’s various news broadcasts. He has appeared extensively on numerous broadcasts, including The Oprah Winfrey Show, The View, Dr. Oz, Steve Harvey Show, The Talk, Larry King Live, Anderson Cooper 360, CNN, MSNBC, and many more. He has written for various publications including Time, Newsweek, Men’s Fitness, and the New York Daily News. He has been featured in several other publications including, People, Redbook, Details Magazine, Essence, Ebony, Cosmopolitan, and Black Enterprise.

A highly sought-after speaker, Dr. Smith’s work has been honored by several organizations, including the National Academy of Television Arts & Sciences for his coverage on the momentous events of September 11th, 2001. He is also very active in charitable causes. Dr. Smith has also served on the boards of the American Council on Exercise, the New York Mission Society, the Prevent Cancer Foundation, The New York Council for the Humanities, and The Maya Angelou Center for Health Equity.

Dr. Smith graduated from Harvard College with an AB and received a master’s in science education from Teachers College of Columbia University. He attended Dartmouth Medical School and completed the last two years of his medical education and graduated from the University of Chicago Pritzker School of Medicine.