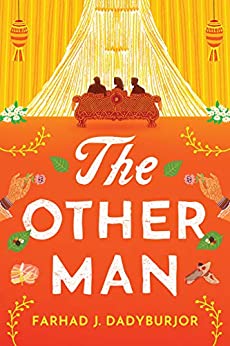 THE OTHER MAN By Farhad J. Dadyburjor

Heir to his father’s Mumbai business empire, Ved Mehra has money, looks, and status. He is also living as a closeted gay man. Thirty-eight, lonely, still reeling from a breakup, and under pressure from his exasperated mother, Ved agrees to an arranged marriage. He regrettably now faces a doomed future with the perfectly lovely Disha Kapoor.

Then Ved’s world is turned upside down when he meets Carlos Silva, an American on a business trip in India.

As preparations for his wedding get into full swing, Ved finds himself drawn into a relationship he could never have imagined―and ready to take a bold step. Ved is ready to embrace who he is and declare his true feelings regardless of family expectations and staunch traditions. But with his engagement party just days away, and with so much at risk, Ved will have to fight for what he wants―if it’s not too late to get it. 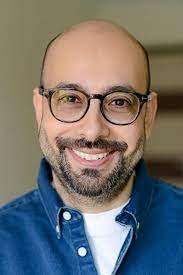 Farhad J. Dadyburjor has been an entertainment and lifestyle journalist for over twenty years. Born and based in Mumbai, India, he has held several senior editorial positions, including at DNA newspaper, as launch editor at the international men’s magazine FHM, and currently at The Leela Magazine. He has also written for numerous publications and has a blog of his own. His debut novel, How I Got Lucky, was a satire on India’s celebrity culture that was hailed as “racy, sexy, and riotous” by Vogue India.