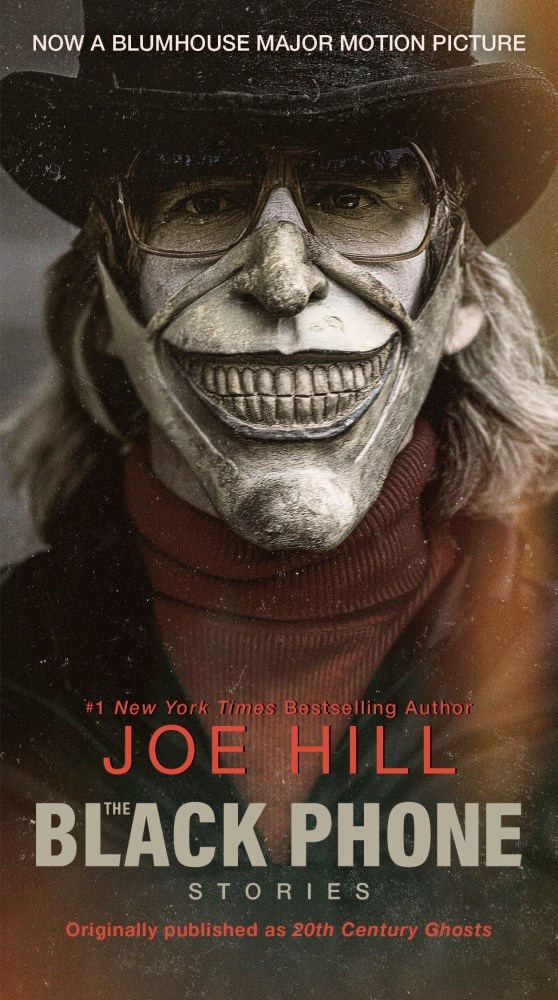 THE BLACK PHONE BY JOE HILL

Jack Finney is thirteen, alone, and in desperate trouble. For two years now, someone has been stalking the boys of Galesberg, stealing them away, never to be seen again. And now, Finney finds himself in danger of joining them: locked in a psychopath’s basement, a place stained with the blood of half a dozen murdered children.

With him in his subterranean cell is an antique phone, long since disconnected . . . but it rings at night anyway, with calls from the killer’s previous victims. And they are dead set on making sure that what happened to them doesn’t happen to Finney.

“The Black Phone” is one of fifteen stories in Joe Hill’s first story collection, originally published as 20th Century Ghosts—the inventive and chilling compendium that established this award-winning, critically acclaimed, and bestselling author as “a major player in 21st-century fantastic fiction” (Washington Post).