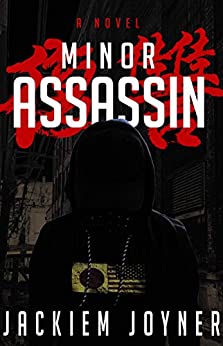 Jon’s carefree life in the suburbs of Las Vegas is turned upside down by a horrific crime, but he’s only eight years old — how can a kid fight back and hope to win?

Taken in by mysterious strangers, Jon starts a new life in a secluded village, but can he trust them to help him do what needs to be done? When Jon learns what really happened back home, a terrible resolve hardens inside him.

Will he ever be able to deliver his retribution? Transformation — when it comes — is irrevocable. Will he find his enemy? And can he survive long enough to reunite with what is left of his family? 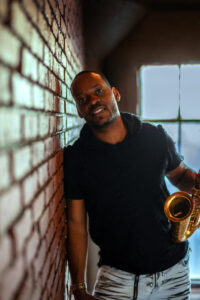 Contemporary saxophonist, author, and music producer Jackiem Joyner is set to release his 7th album, Touch, worldwide this fall, 2019.
After more than 12 years as a recording artist, Jackiem continues to stand out with electrifying live performances and brilliant music productions. As a performer, he has toured over 30 countries and performed with the likes of the late George Duke, Marcus Miller, Keiko Matsui, Donnie McClurkin, Angela Bofill, Najee, Kirk Whalum, Peter White, and many, many more. Joyner’s radio success is widely known within the industry. Joyner has two number 1 hit songs, five top 10 billboard singles, and a number one debut album under his belt.