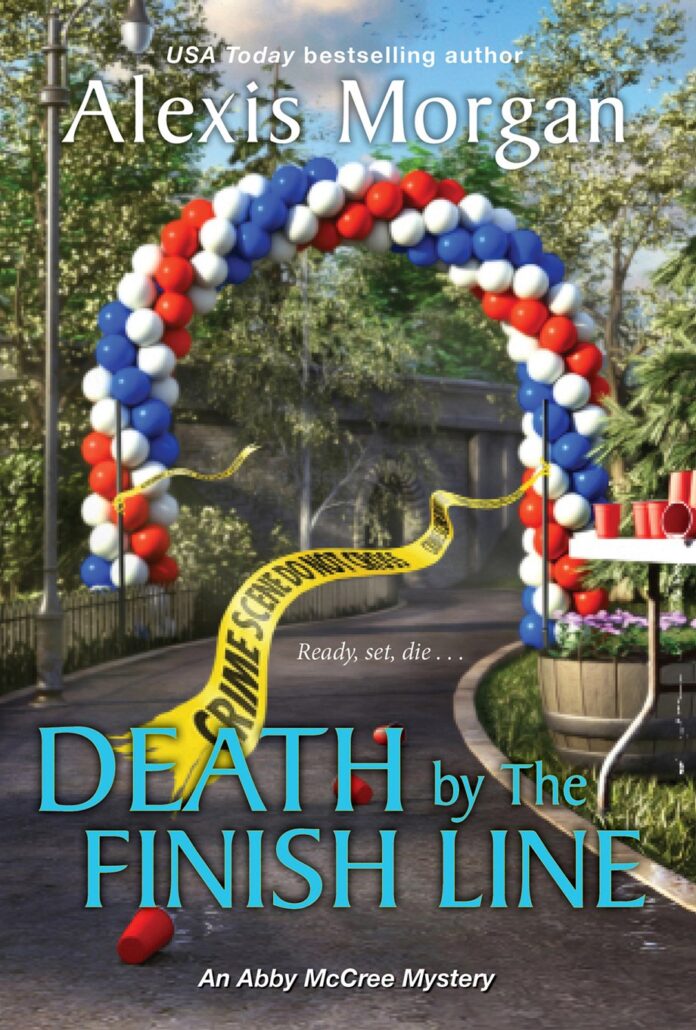 DEATH BY THE FINISH LINE BY ALEXIS MORGAN

With her inherited house, an unusually large dog, and a jam-packed committee calendar, Abby McCree keeps busy in her adopted town of Snowberry Creek in the Pacific Northwest even when she isn’t investigating the occasional murder! When a dead body turns up on a 5K charity race route, Abby hits the ground running to catch a killer in this fifth installment by USA Today bestselling author Alexis Morgan.

Overcommitted Abby has once again been drafted to use her organizing superpowers—this time for a 5k charity run that’s part of the Founder’s Day Celebration in Snowberry Creek, Washington. At least she has help, albeit from an unlikely source: Gil Pratt, a member of her handsome tenant Tripp Blackston’s veterans group and co-owner of a motorcycle repair shop with his brother. Abby and Gil may seem like an odd couple, but they work great together.

The event seems to be running smoothly—until city council member James DiSalvo is found murdered in a ravine along the race route. Unfortunately, Gil’s brother Gary had a very public argument with DiSalvo minutes before the race, making him the prime suspect. Now the two race organizers must again team up to prove Gary’s innocence—before the real killer makes a run for it. But one wrong step and Abby may be the next one to come in dead last…