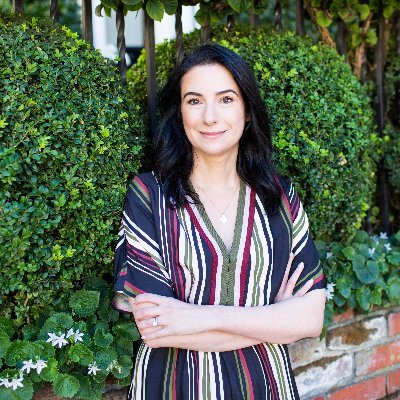 Recipes, dinner parties, and The Trials of Adaline Turner with Angela Terry

Writer Angela Terry is an attorney who formerly practiced intellectual property law at large firms in Chicago and San Francisco.

She is also a Chicago Marathon legacy runner and races to raise money for PAWS Chicago—the Midwest’s largest no-kill shelter.

She resides in San Francisco with her husband and two cats, and enjoys throwing novel-themed dinner parties for her women’s fiction book club.

Her latest release, The Trials of Adaline Turner, is out now.

HERE’S A LOOK AT THE TRIALS OF ADALINE TURNER: 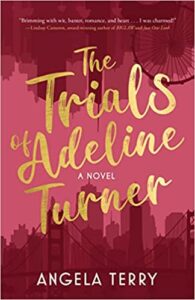 From Charming Falls Apart author Angela Terry comes a story about finding the courage to face your past, be true to your heart, and live your best life. Fans of Sophie Kinsella and Emily Giffin will enjoy cheering for Adeline Turner as she navigates the twists and turns of her newly complicated life in this fun, heartwarming novel.

Thirty-three-year-old corporate attorney Adeline Turner has built her adult life around stability. Her professional life is thriving, but her personal life . . . not so much. Deep down she wants more, but finds it’s easier to brush aside her dreams and hide behind her billable hours. That is, until a new client and a chance encounter with her high school crush have her taking leaps she never planned. Suddenly, unadventurous, nose-to-the-grindstone Adeline finds herself moving across the country from her predictable life in Chicago to San Francisco, falling into messy romantic situations, and trying to unravel an office-sabotage plot before it ruins her career.

Without the safety net of her old life in Chicago, Adeline must become her own advocate and learn that people aren’t always who they seem. Which makes her wonder if the key to having the future she desires lies in uncovering the truth of the past.