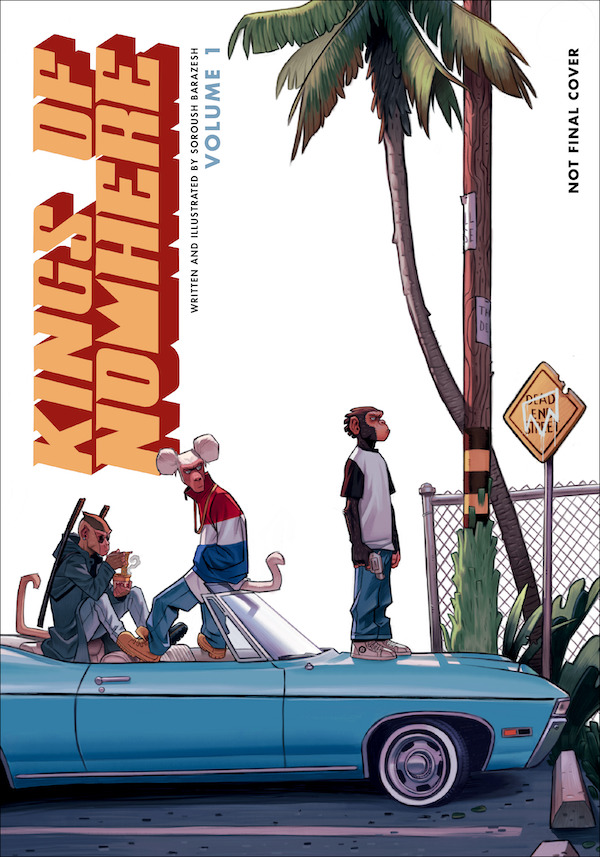 Comic artist and writer Soroush Barazesh’s graphic novel series comes to Dark Horse with Volume 1 coming to comic and book shops near you!

Bili is the son of a notorious gangster, but his quiet and lonesome demeanor makes him an easy target for local thugs. When an unexpected beating takes a ruthless turn, Bili is overcome with intense rage and trauma—transforming him into his chimera form—into that of an ape. As he struggles to cope with his new life, he faces ever growing challenges—from confronting his hatred for his father to learning how to thrive in the unforgiving slums ruled by crime lords and corruption. With the aid of new comrades, Hamed a baboon and Zatoichi a blind monkey, Bili embarks on a life of purpose—a life of cold, unapologetic vengeance against each of those who have taken a piece of him—who he once was . . . and what he will ultimately become.

Praise for Kings of Nowhere Volume 1:

“A crime-ridden world that’s a cross between Snatch and Samurai Champloo. The Beastie element also acts as poignant social commentary to those who have been dehumanized by society. Kings of Nowhere is a great concept that can explore action, crime, and drama. The premise is a unique take on the anthropomorphic genre and the artistic quality speaks for itself.” —Comicon.com