Search
Home Blog BEHIND THE WORDS WITH JAMES R. HANNIBAL 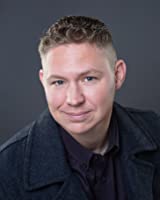 Today, we welcome James R. Hannibal to Behind The Words. James is a former stealth pilot in the USAF, and an award winning thriller author of not only thriller novels, but mystery, suspense and fantasy tomes.

Welcome, James. First let’s get to know you….where are you from, where do you live, you know, real life stuff!

Currently, I live in Houston with my wife and two sons. After growing up all over the US as an Air Force chaplain’s kid, I studied counterterrorism at the US Air Force Academy. I went on to fly a fighter/ground attack aircraft called the A-10 Thunderbolt II (affectionately known as the Warthog). On the side, I did some groundwork with international special forces groups. After that, I flew the B-2 Spirit (the Stealth Bomber), which also included all sorts of fun extracurricular activities outside the flightdeck. I’ve worked undercover, and I’ve hunted (and found) snipers in a combat zone. All that experience in tactical and secret worlds gets poured into my novels—enough that the first three had to be reviewed by security committees before publication.

My pets are all geckos—with one as big as a kitten. We call them the office interns. They 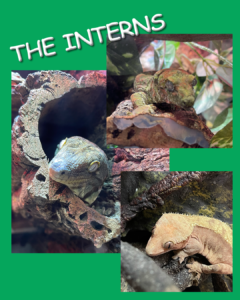 have far more personality than non-lizard-people tend to expect. They can all vocalize (mostly chirps). The big one has a dozen or more different vocalizations with grunts, chirps, whistles, and coos, and he communicates his desires and displeasures quite effectively. If I’m in the office past 9 pm, he tells me to “Get out!” That’s the start of his “me time.”

How long have you been writing, and it is your full-time job?

I have a day job flying for a major airline, but it still feels like I write full time. I just take breaks between chapters to fly folks to Los Angeles, Calgary, or Guadalajara. I’ve been writing my whole life. As a kid, I checked a seek and find book out of the library. On the center spread, the artist had drawn a fair in a grassy vale with tents, colorful guests, and a juggling jester. My eye went straight to a little boy peeking out from the edge of the forest, watching it all. I felt the boy wanting to know the stories of all those people at the fair, especially the jester. I wanted to know their stories too. And I knew I’d have to write those stories myself. I’ve been working at it ever since.

So, what does your typical writing day look like?

After a twelve-year publishing career, my writing day is finally getting more organized. A couple of years ago, I took over a story-game company with an entire fantasy world, a job that includes 3D design and printing. There’s always something to take me away from writing—a flight, a mission, artwork, a broken machine, or some new software I need to learn. Until last year, that left my writing schedule in chaos. The solution was to stop trying to be both soldier and general. I gave the stars (general’s rank) to my wife. She’s the boss now. Without placing that trust in her, I’d be sunk. We start our day with a business meeting, create a task list for marketing, blogs, the game company, writing, etc. Then we start knocking it out.

Elysium Tide follows the misadventures of British neurosurgeon Dr. Peter Chesterfield and Maui detective Lisa Kealoha. Peter is a workaholic, and when he snaps at a colleague during a dangerous procedure, his boss sends him on a forced vacation to Maui. During a midnight walk, he discovers a dying woman in the water, and despite all his skills, he can’t save her. Peter’s obsession with finding out how she came to be there leads him to become a thorn in Lisa’s side. Together, investigating the woman’s death, the unlikely pair uncover a dangerous conspiracy that could get them both killed. Hijinx along the way keep the mood light even as Peter struggles with the realization that his power over life and death as a surgeon was all an illusion.

A couple of events merged to spawn the idea for this book. My own encounter with the significant health dangers of workaholism and a strange revelation during a family vacation to Maui. During a private tour of a large Maui resort property, as we passed through the conference section, my wife and I saw three people in one lecture room eating and chatting away while a video of a surgical procedure ran in the background. In the next room over, a speaker showed slides of hospital rooms to an audience of one. One! When I asked about this strange, tiny medical conference, out tour guide protested that it wasn’t tiny at all. There were more than two hundred attendees. But most were on the beach, shopping, parasailing, etc. “Most don’t actually attend the classes,” she confessed. “The doctors call it a boondoggle.”

My author brain went straight to one question: Who was the one guy actually attending the classes like he was supposed to? That’s how Dr. Peter Chesterfield came to be. An auto-theft problem on the island while we were there provided the inspiration for Detective Kealoha and her gang task force. And the re-purposing of the defunct sugar cane fields led to the rest.

Tough question. I relate to Peter most, because I share his workaholism—a constant struggle—and his need for control. Recognizing that God is the One in true control requires a daily choice for me. I also relate to Dr. Tua Iona (the old resort doc who goes by the nickname Tuna) because I infused him with my sense of humor.

We would probably get on each other’s nerves. Two alphas don’t always gel. But our military backgrounds would help us cope. With Tuna added in as a buffer, I think we’d make a great team.

Dealing with the question of life after death and getting into the mind of a die-hard atheist was hard, especially getting into his mind right at the moment when his illusion of control is stripped away in the worst way possible—someone dying in his arms. 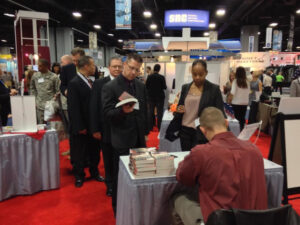 In a lot of my stories, I’d be able to answer yes. My military acquaintances, in particular, often inspire my characters. I still keep in touch with lots of friends in that community and even get to sign books at military expos once in a while. But this time, with characters in a very different world, I didn’t lean on any old friends (or even frenemies) for inspiration.

This one is a stand-alone . . . for now. If you like the characters, be sure to let the publisher know, and then we’ll talk.

The grandiose resort in the story is the Elysium Grand. It’s named for a type of carbon projected to be possible specifically in the Hawaiian Islands, if only mining were allowed (nobody really wants that). This type of ultra-compressed carbon had no name, but its theoretical characteristics are awesome, with incredible hardness and conductive properties. I chose the name Elysium. That was more than three years ago. At the same time, apparently, a jewelry company was trying to make a similar form of carbon in the lab. They succeeded, and now you can get rings made of the stuff, super hard and so conductive that you can melt through an ice block simply by laying your ring-finger on it. They named their new carbon substance Elysium. Great minds.

Are there any particular authors that have influenced how you write ?

I grew up with an eclectic mix of Tom Clancy, C.S. Lewis, Calvin Miller, Mark Twain, J.R.R. Tolkien, and others. Those names are my biggest literary influences. However, Amy Grant, Michael W. Smith, Bryan Duncan, Harry Chapin, and Sting all managed to spin story into song, and I think that is where my love of symmetry and lyrical style comes from. Finally, I get my sense of humor from Art Linkletter.

I used to walk and dictate into a phone—ten or twelve miles to a chapter. Apparently that’s not good for your feet if you have poor foot architecture. I spent last October to this February in a wheelchair due to stress fractures, torn ligaments, and tendinitis. I’ve been given a second chance in that regard. I’m not going to mess it up again, so I’ll have to find a new ritual. Right now, swinging on a porch swing with a fire in the fire pit is the favorite.

I would have said Frank Herbert’s Dune, but now that the new movie has come out, suddenly everyone’s a fan.

I juggle, and I can ride a unicycle. That was how I made money in high school. I had an agent and everything. I’m also a trained lyric tenor and ballroom dancer, but I haven’t danced for show in more than twenty years.

Currently, it’s the kid next door bouncing his basketball in the driveway. Not shooting. Not dribbling or working on drills or tricks. Just bouncing. Bouncing. Bouncing. An hour at a time. The former operative in me has thought of many fates for that basketball.

Do you get to choose your book titles?

No. No I don’t. How messed up is that? I generally send five to ten options to a publisher along with a plea for my favorite and half-hearted justifications for the rest. In twelve books, only five have had the title I originally chose. Elysium Tide is one of those five.

You have quite the background, James!! Thank you so much for joining us today!  What a fun and intriguing interview. Take a quick look at James’ latest release Elysium Tide:: 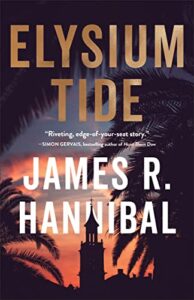 Dr. Peter Chesterfield is one of the Royal London Hospital’s top neurosurgeons. He is also a workaholic, ordered by his boss to take a week off to attend a medical symposium at the luxurious Elysium Grand on the island of Maui. While there, Peter pulls a woman with a skull fracture from the water. Though he is able to revive her in the ambulance, she eventually dies in his arms, leaving him with only one clue to what happened to her: the word “honu.”

Increasingly obsessed with discovering the cause of his patient’s death, Peter becomes entangled in an ongoing investigation of a brazen luxury auto theft. He also becomes a source of deep irritation to detective Lisa Kealoha, who has jurisdiction over the case.
But when the two join forces, they begin to uncover a destructive plot that runs far deeper than either of them could have imagined. And if they’re not careful, they’re both going to end up dead.

Award-winning author James R. Hannibal whisks you away to the deadly beauty of Hawaii for a story of greed, violence, and justice that will leave you breathless.