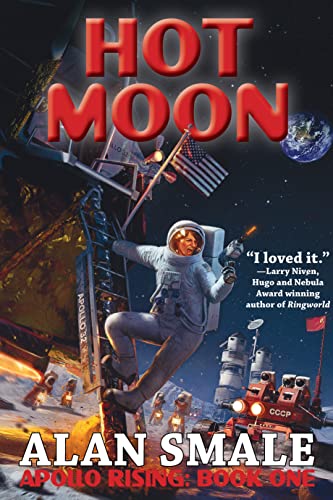 From the Sidewise Award-winning author of the acclaimed Clash of Eagles trilogy comes an alternate 1979 where the US and the Soviets have permanent Moon bases, orbiting space stations, and crewed spy satellites supported by frequent rocket launches.

Apollo 32, commanded by career astronaut Vivian Carter, docks at NASA’s Columbia space station en route to its main mission: exploring the volcanic Marius Hills region of the Moon. Vivian is caught in the crossfire as four Soviet Soyuz craft appear without warning to assault the orbiting station. In an unplanned and desperate move, Vivian spacewalks through hard vacuum back to her Lunar Module and crew and escapes right before the station falls into Soviet hands.

Their original mission scrubbed, Vivian and her crew are redirected to land at Hadley Base, a NASA scientific outpost with a crew of eighteen. But soon Hadley, too, will come under Soviet attack, forcing its unarmed astronauts to daring acts of ingenuity and improvisation.

Their original mission scrubbed, Vivian and her crew are redirected to land at Hadley Base, a NASA scientific outpost with a crew of eighteen. But soon Hadley, too, will come under Soviet attack, forcing its unarmed astronauts to daring acts of ingenuity and improvisation.

With multiple viewpoints, shifting from American to Soviet perspective, from occupied space station to American Moon base under siege, to a covert and blistering US Air Force military response, Hot Moon tells the gripping story of a war in space that very nearly might have been.

“Alan Smale is one of the brightest stars in the hard-SF firmament, and Hot Moon is his best novel yet. Enjoy!” −Robert J. Sawyer, Nebular and Hugo Award-winning author of The Oppenheimer Alternative

“Will delight and enthrall.” −Library Journal 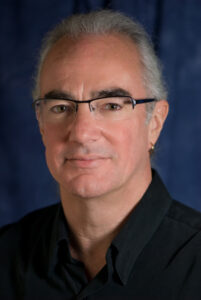 Alan Smale writes alternate and twisted history, and hard SF. His novella of a Roman invasion of ancient America, “A Clash of Eagles”, won the Sidewise Award. Alan has also sold over forty short stories to Asimov’s, Abyss & Apex, Writers of the Future, and other magazines and anthologies.

Alan grew up in Yorkshire, England, and earned degrees in Physics and Astrophysics from Oxford University. By day he performs astronomical research into black holes and neutron stars at NASA’s Goddard Space Flight Center, with over a hundred published academic papers; by night he sings bass with high-energy vocal band The Chromatics, and is co-creator of their educational AstroCappella project, spreading astronomy through a cappella in schools nationwide.