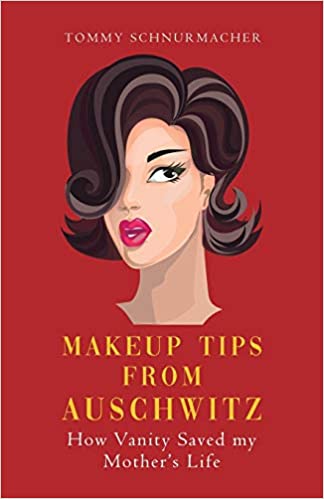 How Vanity Saved My Mother’s Life
Whose Job is it Exactly to Keep my Mom Happy?

Tommy Schnurmacher’s memoir details the foibles of his tumultuous relationship with his Holocaust survivor Mom who looked like Elizabeth Taylor and sounded like Zsa Zsa Gabor!

As a writer, Montreal media icon Schnurmacher is an intense force of nature, a seismic swell of visceral empathy, laser-sharp wit and courageous self-analysis.
Now meet Olga. Auschwitz prisoner A-25057, aka Mom, A fearless, dramatic and unpredictable maverick. An original.
Exposing the souls of a family for all to see, Make-up Tips from Auschwitz is an addictive page-turner. Schnurmacher’s voice resonates with a lyrical cadence all his own and an unsettling candor reminiscent of humorist David Sedaris and essayist Augusten Burroughs.

Like the Oscar-winning film, Life is Beautiful, Schnurmacher revisits the Holocaust with rays of light in the darkness.

Sparkling with chutzpah and charm, this is a story of a family’s cultural collision and delightful dysfunction. With the growing pains of Shtisel, the earthiness of The Simpsons and the fierce family loyalty of The Sopranos, these newcomers from Hungary defy authority. They figured out early on that conventional values were not enough. It was their moxie that allowed them to succeed.

Schmooze with the passing parade that includes John Lennon, Elizabeth Taylor and Crystal Nacht. You will laugh out loud as you meet a cast of supporting characters who redefine eccentric: the 50-minute therapist, the psychic rabbi and a superstitious hypochondriac named Paris.
Once you get to know these mutineers from the mainstream, you will want to organize an intervention. Or at least a Passover Seder. 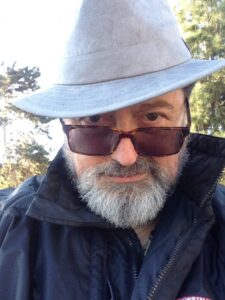 Born in Budapest, Tommy Schnurmacher is a child of Holocaust survivors. An award-winning broadcaster and political pundit, he was the host of a three-hour daily talk show for more than twenty years on CJAD radio in Montreal. Talkradiotommy.com Facebook.com/talkradiotommy Twitter: @talkradiotommy Instagram: @talkradiotommy