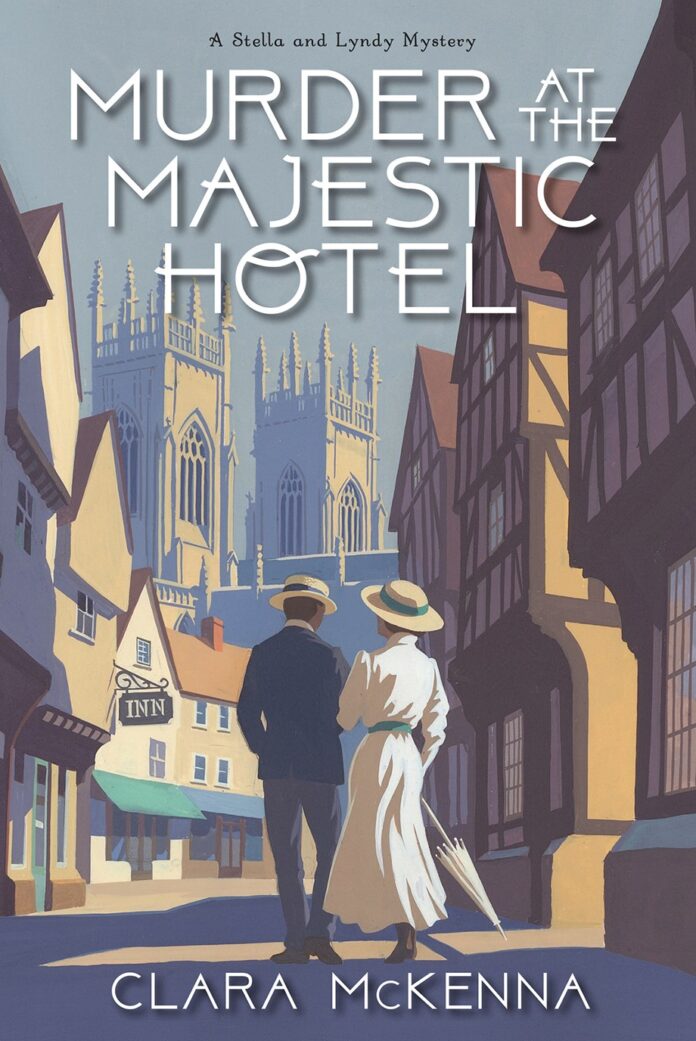 Murder at the Majestic Hotel by Clara McKenna

Leaving behind tragedies surrounding their wedding at Morrington Hall, travel-worn Stella and Lyndy arrive at the grand Majestic Hotel in York to more misfortune—their stately honeymoon suite has been given away to Horace Wingrove, owner of England’s largest confectionery. Stella refuses to let an innocent booking mistake spoil the mood, but her optimism vanishes when Horace suffocates in the room where she and Lyndy should have stayed . . .

Unlike authorities on the scene, Stella can’t believe the business magnate’s death can be explained away as an accident. Troubling signs are everywhere—strange murmurs in the hallway, tight-lipped hotel staff, and a stolen secret recipe for Wingrave’s famous chocolate. Then there are Horace’s murky intentions for visiting the historic cathedral city, and those who were closely watching his every move . . .

As Stella and Lyndy tour Yorkshire and mingle with royals as husband and wife, they face a sinister mystery that puts their vows to the test. Can the couple work together to discover the truth about their romantic destination and the strange happenings haunting their trip before they’re treated to another terrifying surprise?