Search
Home Blog BEHIND THE WORDS With Author Carol Dines 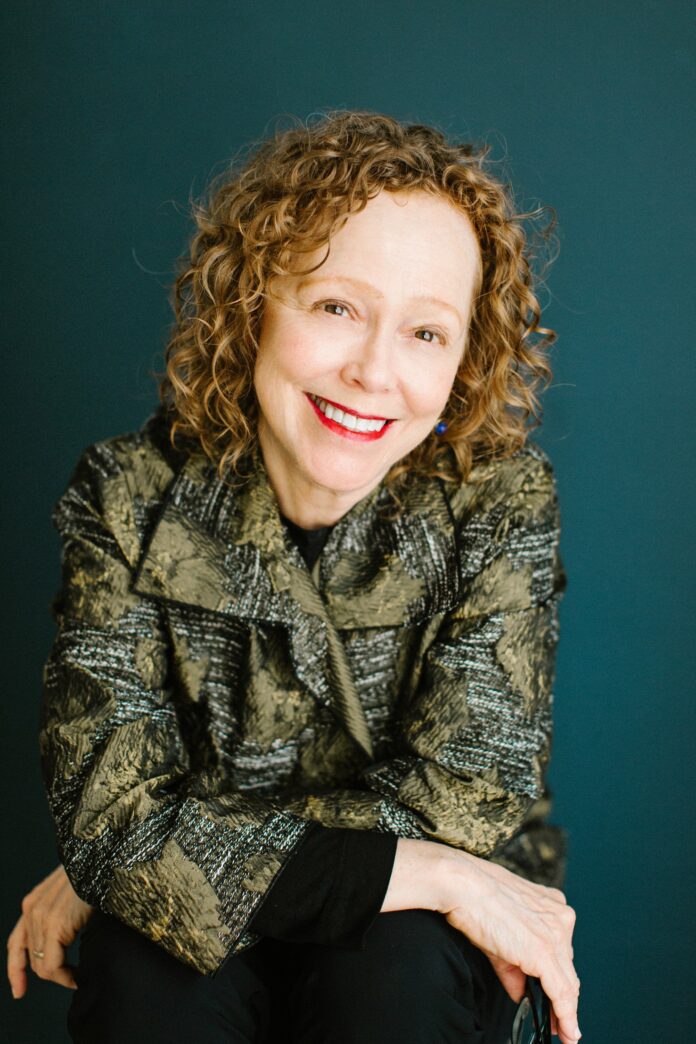 Welcome, Carol, we’re excited to have you on Reader’s Entertainment.

I was raised in Rochester, Minnesota, but I have lived in many places—New York City,  Milwaukee, Wisconsin; Gainesville, Florida; Paris, France; and Rome, Italy. I met my husband, Jack Zipes, (also a writer) in Milwaukee when we were both teaching at the University of Wisconsin, Milwaukee. We then began moving often for his work. I finally tired of our nomadic life and dragged him back to Minneapolis, Minnesota which is home. We have a grown daughter, son-in-law, and two grandchildren who live in Portland, Oregon. And we just lost our beloved standard poodle, Vinnie, who died at 14 and was a huge part of our lives. He is also a character in my new book.

How long have you been writing and is it your full time job? If not, what is your ‘real world’ job?

I had many jobs before graduate school—water aerobic instructor, camp counselor, waitress. But since graduate school, I have cobbled together teaching jobs with my writing. I have taught fiction and poetry to all ages, and I have taught composition and writing courses at the college level. One of my most profound teaching experiences was at the Wellstone High School for refugee teens, many of whom had been raised in refugee camps. I taught them how to write essays, and I helped them write their personal stories for college applications. As much as I enjoyed teaching, it also gave me great anxiety. I was an over-preparer. In my late forties, I began to seriously study Buddhism, yoga, and meditation, partly to overcome my anxiety. (I am a lot like Frances in my new book.) I studied for seven years and ended up teaching yoga for anxiety and depression in a local hospital. But my heart was always in writing, so five years ago I gave up teaching yoga to write full time.

Except when I’m vacation, I write mornings seven days a week. I usually take my coffee to my office and begin by reading either a poem or something I’ve written the previous day. Then I free write in a journal often taking words or phrases from the poem to force my mind to go in new directions. Then I return to whatever I’m working on, a scene or short story, and I dig in wherever I left off the day before. I write until noon, if I can, and then I walk, often letting the writing still linger in my mind. That’s often a very fruitful time, and I take my phone and record lines that come up while I’m walking.

The Take-Over Friend is a novel about the friendship between two ninth graders who meet the second day of high school. They form a fast, intense friendship, and like many teenagers, they feel a euphoria to have found each other and to be able to share everything with each other. The novel explores the evolution of their friendship as they become so close, they find it difficult to grow in their separate lives outside the friendship. The backdrop to their friendship is the dysfunction and mental illness in both families. Frances, the narrator, comes from a very supportive family that struggles to deal with her father’s bipolar illness when he goes off his medication. Sonja’s parents are going through a bitter divorce, and her mother is an alcoholic. They take refuge in each other and both feel braver together. However, change is inevitable, and when Sonja’s family goes through a crisis, Frances invites her to stay with her family. But when Sonja begins a relationship with Frances’s brother, Frances feels used. Their friendship struggles, and the struggles expose their different personalities and family backgrounds. Frances gradually learns that she needs boundaries in their friendship, and she tries to communicate her needs to Sonja, but Sonja believes true friendship is all or nothing and seeks revenge.

The inspiration for this book came after a very painful break-up with one of my closest friends. At the same time, my teenaged daughter was also going through a similar experience with her childhood friend. I realized we don’t talk about breaking up with friends the way we talk about breaking up with romantic partners, even though friend-breakups are every bit as traumatic. And sometimes our closest friendships are the ones that create the most challenges. I think this is especially true for teens who really don’t know their own boundaries in relationships until they are crossed and whose lives are changing rapidly. I thought this topic—how and why friendships end—was fertile ground for a young adult novel.

I relate to all my characters, but I am closest to Frances who resembles me at fourteen—creative, introverted, and a dog lover. She meets Sonja who is funny and brilliant and worldly, and their friendship makes Frances braver and more confident. But Frances ends up taking care of Sonja’s feelings, instead of asserting her own needs and expectations. I have a tendency to do the same thing, so yes, Frances is the character I relate to most.

Definitely. Both are creative and funny and highly intelligent, and those are qualities I value in my friends. They created the poetry bus for the homecoming float, and that is something I would’ve loved to have done as a teen. So yes, I would love to be friends with both of them.

The ending was the hardest scene for me to write, when Sonja, feeling betrayed by Fran and her family, seeks revenge. I don’t want to give the ending away but I wanted to show the depths of Sonja’s tragedy because I think there are many, many young people like her—who have no family support and are alone in the world. She hoped Frances’s family would take her in, and when Frances told her she didn’t want Sonja to live with her family, Sonja seeks revenge. I hoped in the writing of the final scenes, Sonja would be seen as a tragic figure rather than a cruel teenage girl. I wanted to show the reasons for her anger. She says to Fran, “No one deserves your kind of innocence.” What she means is that Frances has a family to support her. For Sonja, it is very painful to be best friends with Frances who has everything she wants.

All my characters to some extent come from people I know. I have had two family members struggle with bipolar disorder, so I know the impact of mania and depression on families. I understood Frances’s feelings of responsibility for her father very well. And I have known many Sonjas—brilliant, funny, brave who have made my life feel bigger and more exciting.

I am not planning a sequel. I think most good sequels are plot driven, and I am character driven writer. But who knows? If I did do a sequel, I think Sonja would show up at the same college as Frances and their story would continue on a college campus.

This book has had a long circuitous history—it was sold fifteen years ago to Harcourt, and then it was released from contract when Harcourt was bought by Houghton Mifflin. I was so devastated that I put the manuscript in the closet for fifteen years and couldn’t look at it. During the pandemic, I took it out and reread it, realizing I still believed in the story. So I updated it and honed it, and I submitted it to Fitzroy Books and it was accepted. The book is better now, so for all my anguish over losing the first contract, I’m glad it all worked out this way.

My favorite YA author is Anne Fine, the famous British YA author who has been a huge influence. Her book The Tulip Touch was inspiration for The Take-Over Friend. I also love all Karen Cushman’s books, especially The Midwife’s Apprentice.

One cup of coffee as I read a poem to begin my writing day. Then I open my rather large journal and free-write two full pages, often using lines from the poem as prompts. Then I turn to my manuscript and begin writing, sometimes using lines and phrases from my free-write.

The Girl and the Grove, by Eric Smith.

Mmmm. My husband says I have a dog’s sense of smell.

Focus. I have no problem cutting out distractions and working endlessly on a writing project until I get it right. Or as right as it can be at that given time.

Why write? Why not do something else? Writing is way to go deep into myself, allowing me to weave together the larger world and my own world. Everything I write is really asking the same question: what matters? If I go a week or two without writing, I feel a little lost, physically lost and mentally lost. Writing keeps me tethered to my own life and to the world around me.

Thank you so much for joining us today, Carol. Readers, here’s a look at Carol’s upcoming release THE TAKE-OVER FRIEND. 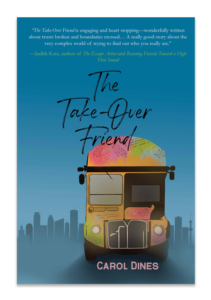 On the second day of ninth grade, introverted Frances meets Sonja, a wildly funny newcomer from France, and the girls form a fast friendship. Frances adores Sonja’s worldliness, and Sonja adores Frances’s family, especially her older brother, Will. Frances and Sonja immediately declare themselves “The Poets” and rally their homeroom to enter the homecoming parade with a poetry-mobile built from Frances’s father’s old band bus. But respective family crises begin to escalate, and tensions come to a head when Sonja temporarily moves in with Frances’s family – forcing each friend to decide how close is too close. Alternatingly funny and poignant, The Take-Over Friend is a smart page-turner that focuses on the importance of finding your own voice in relationships.