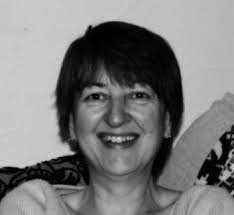 What frightens a horror writer? Oh dear, where do I begin? I would say it’s not really in the pages of the books I read. These might deliver a slight shiver or an ‘ugh’ moment but generally the written word does not scare me although I will admit to a sleepless night once when I read IT for the first time. I was living on my own in a 100-year-old cottage in Wales with the wind howling and strange creaking on the stairs … hats off to Stephen King. He’s the only author to make me feel like that!

There are also the usual fears we all have (or have actually experienced), about family, health and finance as well as the endless news reports which seems to spend its time trying to frighten the life out of us all. But I don’t want to dwell on this bigger picture of doom as I think we’ve all had too much of it in recent years.

Instead, here’s some of the smaller things in life – literally – which can immediately trigger my swift departure from a room. 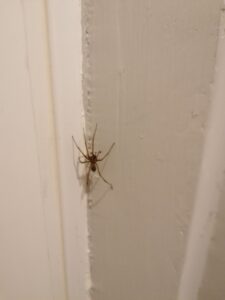 Daddy Long Legs. If a crane fly is in the same room as me I will sit there – I used to run away, but I’ve got a bit braver – with a rolled-up newspaper ready to defend myself. Time will pass, could be a minute, could be ½ hour, as I decide how to respond. Answer? 1) I quietly leave the room to the insect 2) my husband rescues me.

Wasps. I used to run, sometimes I still do. Now I leave the room pretending it isn’t there and that they can’t see me, and let my husband know.

Giant Spiders! Having moved out to a more rural part of the world, we have noticed our eight-legged friends are on the giant side and we are currently being invaded by them. Method of coping? I sit and watch them and always they seem to head for me. When that happens, I again leave the room. I can put a cup over them at a push and get them outside but if there’s someone else around to do it, then I will allow them the honours. Do you notice a trend here?

Slugs. I just can’t go near them, especially those with the orange underside. They resemble a nightmare Haribo.

Now bear in mind all these are my pet hates, some years ago I was actually responsible for pest control in a factory where confectionery was produced. I oversaw the quality assurance of raw materials and my boss noticed I had studied insects as part of my Biology A-level (my teacher’s choice, not mine), so he decided I was the most qualified to take on that job! I got used to maggot-infested dried fruit or nuts but I was always the one who had to go and pick up the dead rat someone spotted … and that time I went on a course 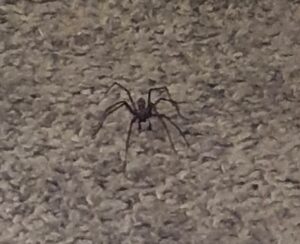 So, if anyone ever sees me sitting, unmoving, with a rolled up newspaper in my hand, they’ll know there’s something horrible lurking in the room – and no, that’s not me!

Thankfully, there are no creepy-crawlies in my upcoming release, Reborn, a folk horror novel due out on October 11th via Brigids Gate Press. Though this is a sequel to The Five Turns of the Wheel, I have written it in such a way that it can be read as a standalone without any confusion. 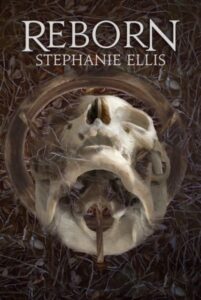 Here’s an excerpt from Reborn, when the Horned God, Cernunnos, is restored to life:

Everything rippled, even the ground beneath his feet, and now Aidan felt truly terrified. Had he been drinking so much he’d damaged his grip on reality? The black shifted, seemed to split into infinite layers so he felt he was looking at a book, its pages flipping before and slamming shut.

Lights returned. But not the streetlamps which buzzed blue shades in the cold night. Small golden orbs danced in front of his vision. The edges smudged by tiny halos. The nearest thing he could associate with them were the corpse lights, or will-o-the-wisps, he had seen on some of his late-night rambles across a nearby marsh.

Carefully, without breaking total contact, he turned round so he clasped the column in a tight embrace. Only when he had completed the manoeuvre did he become aware he had closed his eyes. Slowly he opened them, realising that what he held had changed in texture and form.

Smoother, carved and curved, cold, oh so cold. His fingers traced runes which burned beneath his touch, sent a spear of terror into his heart. He swallowed, reluctantly stepped back and raised his eyes. The column he had been embracing so tightly was monstrous. A statue to some beast god he had never seen before.

As he looked up, he saw it wore three faces and the eyes of one of them was looking directly at him. They burned even though they were blacker than the pitch which swamped his sight.

Then he spotted Tobias. A friend! He almost called out until he saw there was something strange about him, saw what he was carrying. He felt sick.

“Cernunnos, we bring meat,” said Tobias, walking towards the statue and placing a mound of raw meat and bones at its feet.

Aidan was convinced he could be seen, yet for the moment they chose to ignore him. He wished he could move his feet and run but found he was frozen in place. Whether through terror or some spell he had no idea. If he had been able to run, where could he have gone to?

“Cernunnos, we bring drink,” said one of Tobias’ shadowy assistants. A basin filled with dark, viscous liquid was placed beside the first offering. Its coppery tang filled Aidan’s nostrils. He recognised the scent of blood.

“Cernunnos, we bring the soul,” said the other, holding out a long grey scarf. No, not a scarf, matter of some sort, a writhing, looping skein which struggled to escape the hands holding it. It had no human form, but Aidan could almost feel its terror. Other emotions too, coursed through the mass which was now being wrapped around the outstretched arms of the statue they had named.

Then Tobias stepped forward again. Dipped a ladle in the blood, took a sip, and passed it to his companions. He poured the remainder over the hands holding the shifting skein. He dipped the ladle in the bowl again and began to wash the statue’s body in blood. Aidan, still to the rear of the carved creature, took a step backwards, only to find Tobias at his side, holding out the ladle.

There was no surprise in his eyes to find Aidan there, it was almost as if he had expected it.

Aidan shook his head. Tobias stepped closer, held the ladle up to his lips. The smell of raw meat and the blood was turning his stomach. He pressed his lips together, tried to regulate his breathing. Continued to refuse.

The words hit him. Truth in a different form. But this. No. This was a travesty. He turned his head away like a toddler refusing their food, lips still clamped. The ladle was pressed up against his mouth, its edge forcing its way into the crease of his lips, urging them apart.

He could barely breathe, wanted to swallow, take in air, but knew he would be ingesting more than that if he did so.

And Aidan drank, unable to fight the insistent urging. Thick and clotting, the last drop slithered into his mouth and down his throat. His stomach clenched as he fought against what they were making him do. He wanted to turn and vomit out the poison he suspected it to be, but Tobias was holding his jaw closed, preventing him both from regurgitating the blood and from moving. The man was far stronger than he had ever thought. If he was a man.

“Now you are our blood brother. A fit offering for Cernunnos.”

It was an unwanted connection. “Who are you? What are you?”

“Something long forgotten but never gone,” said Tobias. “You’ll find out soon enough. I think it’s best if I let you enjoy your journey of discovery.”

Reborn is available for pre-order here Amazon.com: Reborn eBook : Ellis, Stephanie, Leggett, Elizabeth, Cain, Kenneth W.: Kindle Store. Other purchase links will be available via https://brigidsgatepress.com/ in the near future.

Stephanie Ellis writes dark speculative prose and poetry and has been published in a variety of magazines and anthologies. Her longer work includes the novels, The Five Turns of the Wheels and Reborn and the novellas, Bottled and Paused. Her novel The Woodcutter, is due for release via Brigids Gate Press in January 2023. Her dark poetry has been published in her collections Foundlings (co-authored with Cindy O’Quinn) and Metallurgy, as well as the HWA Poetry Showcase Volumes VI, VII and VII, and Black Spot Books Under Her Skin. She can be found supporting indie authors at HorrorTree.com via the weekly Indie Bookshelf Releases.