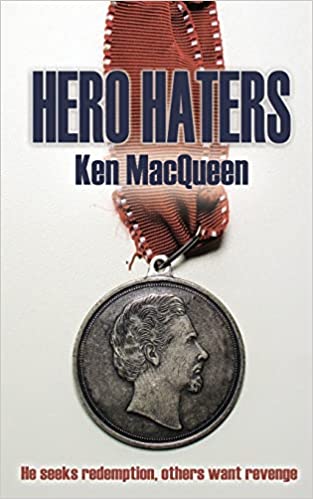 He seeks redemption, others want revenge. . .

Jake Ockham had a dream job, vetting nominees for the Sedgewick Medallion—America’s highest civilian award for heroism. His own scarred hands are an indelible reminder of the single mother he failed to pull from a raging house fire; her face haunts him still. Obligations drag him back to his hometown to edit the family newspaper but attempts to embrace small-town life, and the hot new doctor, are thwarted by unknown forces. The heroes Jake vetted go missing and he becomes the prime suspect in the disappearances. Aided by resourceful friends, Jake follows a twisted trail to the Dark Web, where a shadowy group is forcing the kidnapped medalists to perform deadly acts of valor to amuse twisted subscribers to its website. To save his heroes, Jake must swallow his fears and become one himself…or die in the attempt.

“An edge of your seat thriller. MacQueen, a journalist, ratchets up the suspense and tightens the grip to the explosive end.” –Robert Dugoni, New York Times Bestselling Author of the Tracy Crosswhite series.

“I’m not sure how Ken MacQueen pulled it off, writing a debut novel like he’s been doing it forever. Hero Haters is simply brilliant from start to finish. I can’t wait to see what he’s got coming next.”

-Dietrich Kalteis, winner of the 2022 Crime Writers of Canada Award of Excellence for Best Crime Novel

“Gripping from the first page. A thrill ride with all the right moves.”  -USA Today bestselling author Rick Mofina

“MacQueen shares an original premise which reads as if it could’ve been ripped from the pages of one of the newspapers he wrote for. Told at a break neck pace with crackling dialogue, relatable characters and genuinely unexpected twists, it’s a compelling thriller that will be a challenge for you to put down before reaching the last page.”  -Daniel Kalla, international bestselling author of The Darkness in the Light, The Last High and The Far Side of the Sky

“HERO HATERS will keep you turning the pages all night, but you’ll be sorry to say goodbye to Jake Ockham and friends. I hope we haven’t seen the last of them – or Ken MacQueen.”  –Owen Laukkanen, critically acclaimed author of Deception Cove, Gale Force and the Stevens & Windermere series 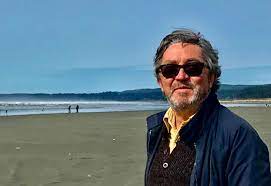 Before turning to fiction, Ken MacQueen spent 15 years as Vancouver bureau chief for Maclean’s, Canada’s newsmagazine, winning multiple National Magazine Awards and nominations. He travelled the world writing features and breaking news for the magazine, and previously for two national news agencies. He has written extensively on crime, politics, disasters, both natural and man-made—and, being Canadian, on the shifting fortunes of the late Queen Elizabeth II and her clan. All of this is potential fodder for future fiction, though the Queen as action hero always seemed unlikely. MacQueen covered nine Olympic Games and drew the athletic prowess of Jake Ockham, his protagonist, from tracking elite rowers in training and on podiums in Athens, Beijing and London. Hero Haters, set in the Pacific Northwest and rural Pennsylvania, is his debut thriller. He and his wife divide their time between North Vancouver and British Columbia’s Sunshine Coast.