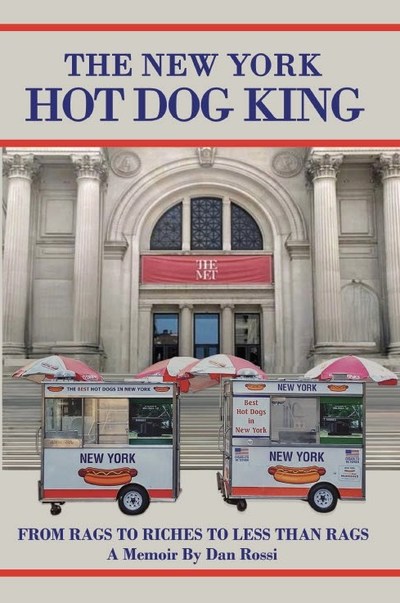 The memoir describes Dan’s life growing up in a close-knit Italian-American neighborhood in The Bronx. He shares his experiences as a young Marine overseas during the war in Vietnam where he served two tours of duty. Next, he shares how he started his own sheet metal business and began living the American Dream. Dan was on top of the world and lost it all after he defended the rights of disabled veterans. With all that he has been through, Dan refused to cross the line into the world of vengeance, he remains a man of integrity, character, and honor.

People ask how I became known as the hot dog guy who sleeps in my van to guard my hot dog cart in front of the Metropolitan Museum of Art but they don’t know me and how I got to this point. I wrote this book to set the record straight on how Donald J. Trump destroyed the livelihoods of disabled veteran vendors in New York City. Trump had disabled veterans removed from midtown Manhattan when they had nothing to do with the problem on Fifth Avenue, the site of his new Trump Tower. I fought to get the Veterans back their right to vend and that’s when Rudy Guiliani launched his personal vendetta against me. What Trump and Giuliani are doing to this country is exactly what they did to me. I was the one man who stood alone against money, power and political influence. I saved the vets but I couldn’t save myself.

The book is available on Amazon.https://www.amazon.com/dp/B0BFVRLY2Q/ref=cm_sw_em_r_mt_dp_2MXMZYNRG4FW6X8V9HEC