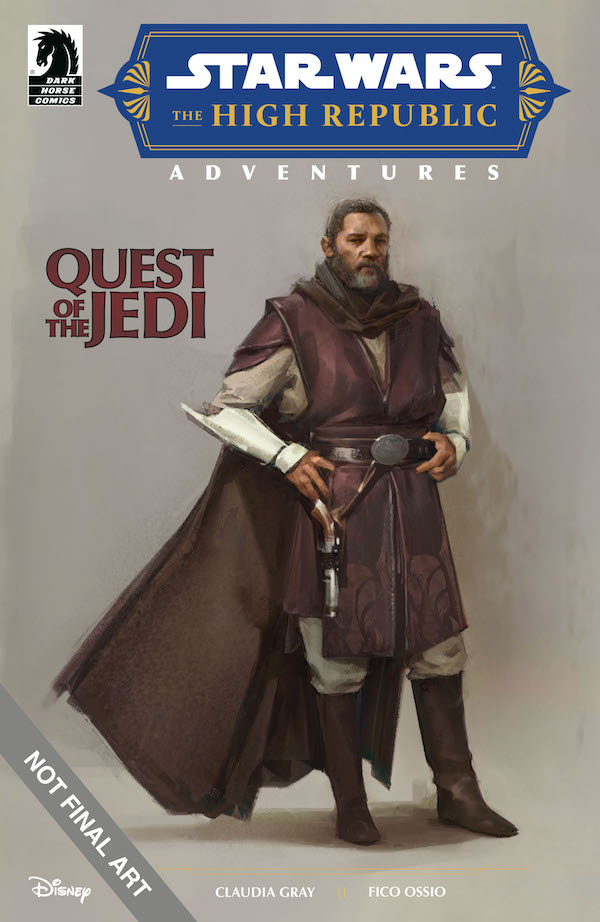 Star Wars: The High Republic Adventures, eight issue series: From New York Times bestselling author Daniel José Older comes the origin story of Jedi Sav Malágan. As a teenage Padawan, Sav has been training her entire life to understand the ways of the Force and become a Jedi Knight, until a chance encounter with pirate queen Maz Kanata and her outlaw crew finds Sav longing for greater adventures beyond her world of disciplined studies. By chance, the news of an alliance of dark Force users requires Sav to join her new friends to uncover the true nature of this dark alliance.

Star Wars: The High Republic: The Nameless Terror, four issue mini-series: A routine Jedi mission to the planet Dalna suddenly comes under deadly assault by an unseen foe. Cut off from help, a Republic Pathfinder team with three Jedis aboard, find themselves cornered in their crashed ship. Will they be able to make their stand here, or will they fall prey to the ruthless predator and Nameless Terror!

Star Wars: The High Republic: Quest of the Jedi one-shot: On the ancient world of Angcord, the Force works in unforeseen ways. When legendary Jedi Knight Barnabus Vim and his intrepid Padawan arrive on this mysterious world, seeking an ancient artifact of the Force, they quickly find more than they were bargaining for. But just what is the mysterious Echo Stone, and what does its existence mean for the continued survival of all those who call Angcord home?

Star Wars: The High Republic Adventures, Star Wars: The Nameless Terror and Star Wars: Quest of the Jedi will be in comic shops November 30, 2022, December 28, 2022, and March 1, 2023 respectively. They are available for preorder at your local comic shop.

Be sure to follow Dark Horse Comics on social media for more news, announcements, and updates.

“The fun is just beginning as this series kicks off.”–Comic Watch

“The book delivers on the premise of being an all-ages anthology experience, with this issue managing to offer an engaging and entertaining standalone story.”–Comicbook.com